Wildcat Welcome will not include trip to Millennium Park in fall 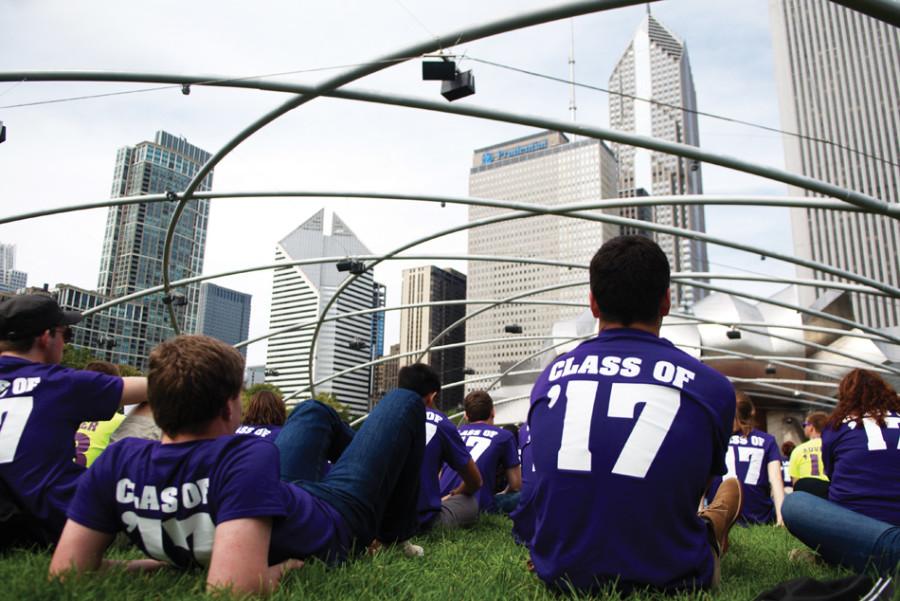 The class of 2017 sits atop Millennium Park’s grass field as part of 2013’s Wildcat Welcome programming. The excursion to Chicago has been cut from this year’s orientation after the Chicago mayor’s office reserved the park.

Wildcat Welcome will not hold an event at Millennium Park in the fall, as the Chicago mayor’s office booked the space the planned weekend.

For the past two years, Wildcat Welcome has brought new students to Chicago for Purple Pride, where they learn about Chicago and Northwestern traditions. This year, the venue will not be available and a new location is yet to be determined, said Patricia Hilkert, NU director of new student and family programs.

The Office for New Student and Family Programs had planned to use the park on Saturday or Sunday of Wildcat Welcome, Hilkert said. However, the park is booked for the weekend by the mayor’s office to rehearse for the Fifth Star Awards, which honors Chicago artists, and the World Music Festival Chicago, which showcases musicians from around the world.

Weinberg sophomore Matthew Hacker Teper, a returning peer adviser for 2015, said it’s unfortunate the event is being relocated, but he is confident NU will organize an effective alternative.

“It introduces the idea that Northwestern and Chicago have a partnership, so in that sense, I’m disappointed that it’s not continuing on,” Hacker Teper said. “For a lot of students it was a positive experience, but I also don’t feel like it’s absolutely a prerequisite to a positive experience during Wildcat Welcome.”

A new location for Purple Pride has not yet been decided, Hilkert said. Many details concerning Wildcat Welcome’s schedule — including when March Through The Arch will take place and how much time will be available for Purple Pride — are dependent on the time of the home football game set for the Saturday after move-in day. The game’s start time has not been determined.

“I normally would have a pretty flushed out schedule by now, but there’s a lot of things, other people and timelines of other offices that I’m waiting on that make decisions,” Hilkert said. “There will not be Purple Pride at Millennium Park, but there will be Purple Pride somewhere.”

Purple Pride’s new location is among several other changes to be implemented for next school year’s Wildcat Welcome. The program will last 10 days and PA groups are required to meet during Fall Quarter.

“We’ve had many, many challenges this year — a longer program, more confusion than usual,” Hilkert said. “It’s going to be good, though. It all works out in the end.”