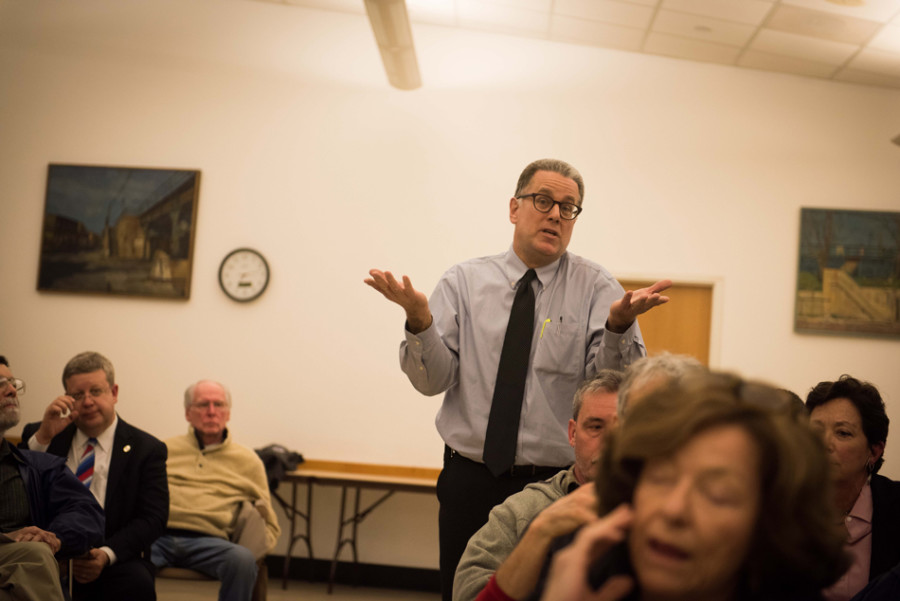 About 50 community members gathered for an open forum at the Levy Senior Center, 300 Dodge Ave., to voice complaints, concerns and suggestions about the 9th ward.

The four candidates voiced their support for a forum in which they can share their qualifications and ideas for the position — an idea Tisdahl said she agreed with. The mayor said she wanted to hold this forum the week of April 13.

Tisdahl, along with Ald. Donald Wilson (4th), Ald. Delores Holmes (5th) and Ald. Ann Rainey (8th), shared anecdotes and advice from their tenures on City Council with candidates and attendees.

“I think I speak for all the aldermen and the mayor when I say this, but I love doing this,” Wilson said. “I’m thrilled I have the opportunity to do it … It’s a lot of work and a lot goes into it, but I think we all really enjoy it.”

The mayor shared a cautionary story of when she was first elected to serve as alderman for Evanston’s 7th ward in 2003. One resident urged her to cover a large pothole, and she ended up filling the wrong one.

“It’s a pretty steep learning curve,” Tisdahl said to the crowd. “Whoever is chosen to be the 9th ward alderman, cut them a little slack because no matter how wonderful they are and how brilliant they are, they’re going to need a little time to figure out how to get the right pothole filled.”

Burrus’ last day as 9th ward alderman is scheduled for April 24, her husband Dave Skrodzki told The Daily. Burrus was not present at the meeting.

Several attendees praised Burrus’ work, particularly her direct communication with 9th ward residents and improvement of economic development in both her ward and the city at large.

“(Burrus) has had a laser focus on economic development, and a lot of the progress I think the city has made over the last few years has really been through her leadership on the council,” city manager and 9th ward resident Wally Bobkiewicz told The Daily. “We will miss that, and I think we’re well on our way now, but particularly in the first few years of her term she contributed quite a bit with leadership to the council on that issue.”

Tisdahl said she was unsure when the new alderman would be selected, but she hopes to have someone in the position by the time Burrus leaves.

“I don’t want to leave the 9th ward without representation for very long,” Tisdahl told The Daily.