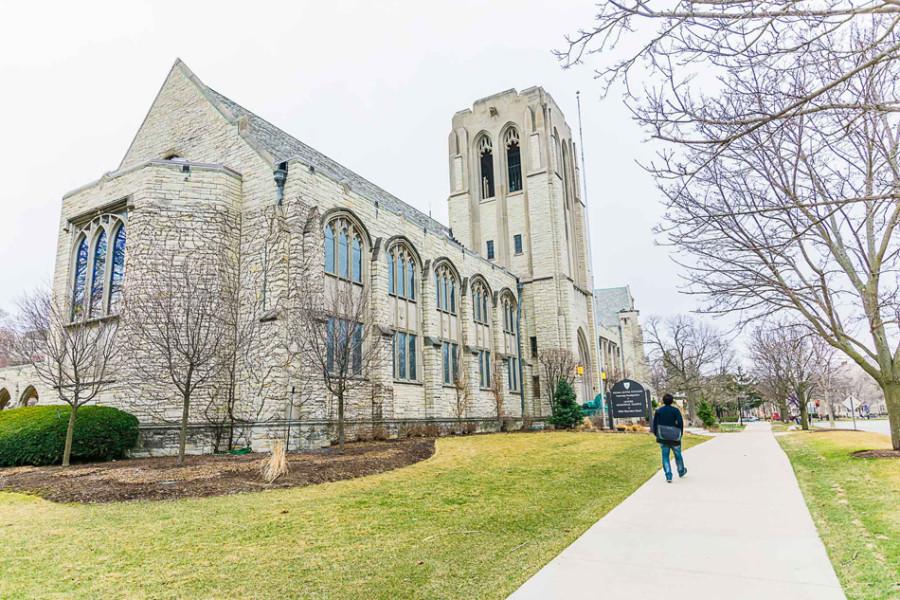 Sigma Alpha Epsilon's headquarters confirmed that the racist chant sung by members of University of Oklahoma’s chapter was shared at a national leadership conference. The fraternity's headquarters are located in Evanston.

The racist chant sung by members of a University of Oklahoma fraternity was likely learned at a national leadership meeting, the fraternity’s Evanston headquarters confirmed.

Blaine Ayers, Sigma Alpha Epsilon’s executive director, said in a statement Friday the chant was probably shared among members about four years ago at an SAE national leadership event. The annual retreat brings participants from around the country for classes and seminars, he said.

The chant was likely learned at a social gathering during the leadership retreat. There is no evidence the chant is widespread across the 237 national SAE chapters, Ayers said.

Earlier this month, a video surfaced on social media of members of OU’s chapter of SAE singing the racist chant. The video sparked outrage on OU’s campus and the fraternity was quickly disbanded.

“That chant was learned and brought back to the local chapter,” Boren said at a news conference Friday. “Over time, the chant was formalized by the local chapter and was taught to pledges as part of the formal and informal pledgeship process.”

Brad Cohen, SAE’s national president, posted a status on his personal Facebook page Monday criticizing Boren’s statements. Cohen said he was “amazed” Boren did not know the difference between “learned” and “heard.”

“If he truly believes these biggots (sic) at our former chapter at his University ‘learned’ or were taught that vile song as part of the curriculum at one of the greatest learning experiences for young college men,” the statement said, “then he should not hold the position that he does as President of a major University.”

The status has now been taken down, according to The Oklahoma Daily.

Northwestern’s chapter of SAE released a statement when the video first surfaced, calling it “appalling” and “unacceptable.”

“This vicious hate speech and unequivocal bigotry stands directly contrary to the creed that every SAE brother vows to follow, as well as basic human decency,” the statement said. “We join all members of the Northwestern community in unambiguously condemning this disgraceful, racist act and all others like it.”