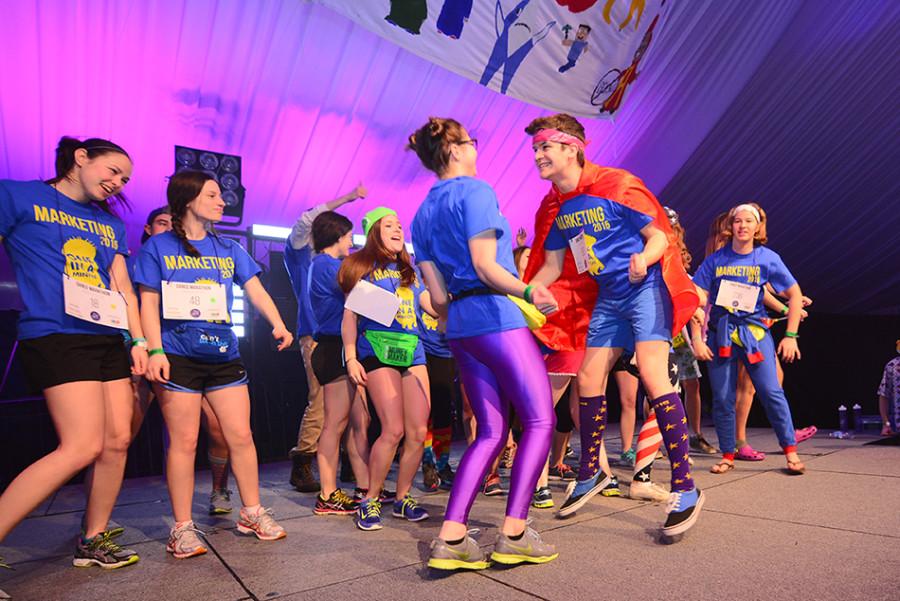 With stamina steadily increasing throughout Block 7, dancers picked themselves up and continued to dance in the humid tent.

Dancers shuffled back into the tent at 1 p.m. for the Hero-themed block. Energy was low after the dancers broke for lunch, but gradually went up as the block went on.

“People are starting to pick up again,” Communication junior Michael Fleischer said. “The last two blocks, people have been dropping like flies. Kind of entertaining to watch.” 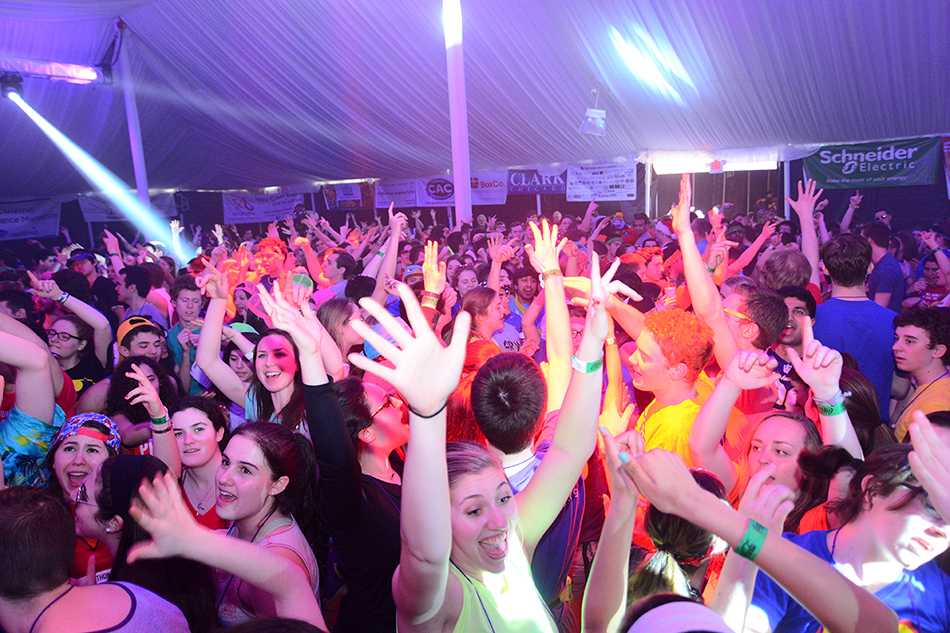 Throughout the block, presenters spoke onstage to encourage the dancers to keep up momentum. 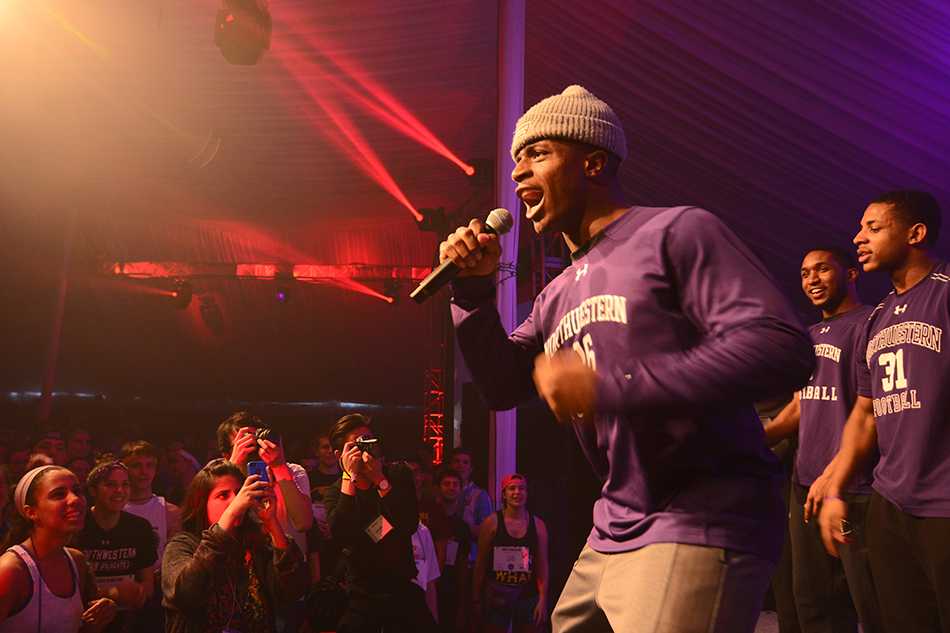 The tent fell silent when Starlight Children’s Foundation’s next Hero family took the stage, with the Dunning family recounting the hardships they had experienced during the last nine years.

The Dunnings became involved with the foundation three years ago because of their 5-year-old son, Anthony, who has Ehlers-Danlos syndrome, and their 8-year-old daughter, Bryonna, who had gastroschisis at birth.

“The Starlight Foundation didn’t have the answers we were looking for, but they had something much bigger,” Jessica Dunning, the children’s mother, said. “It was a way to take our mind off the everyday stress that comes from hospitals, doctors, and therapies.” 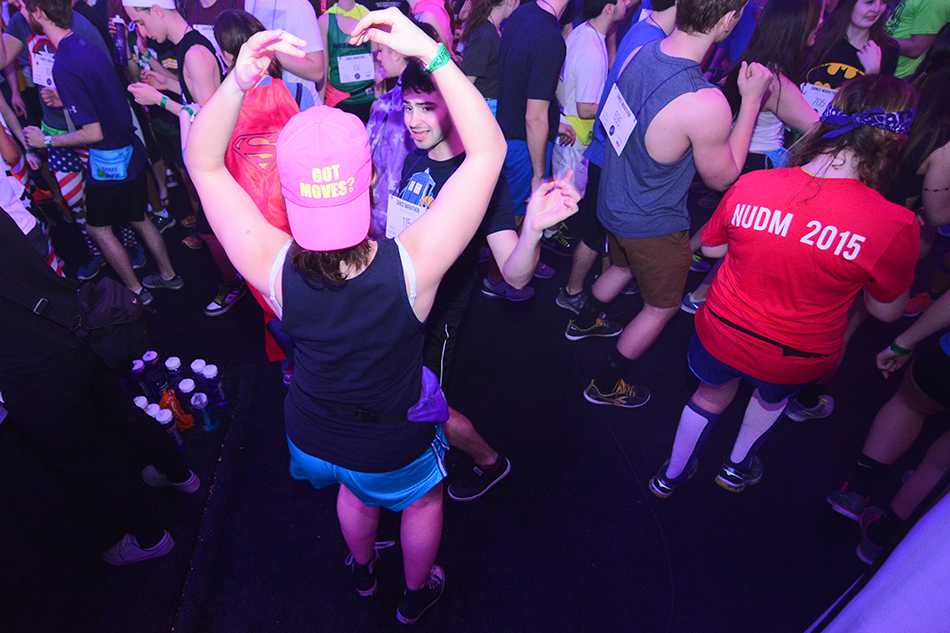 Fleischer appreciated seeing all the different families share the sadness that each had gone through.

“This is my third year doing DM now,” he said. “I did it for Danny freshman year, I did it for Joseph sophomore year. This year I’m doing it for everyone. It’s so much more gratifying.” 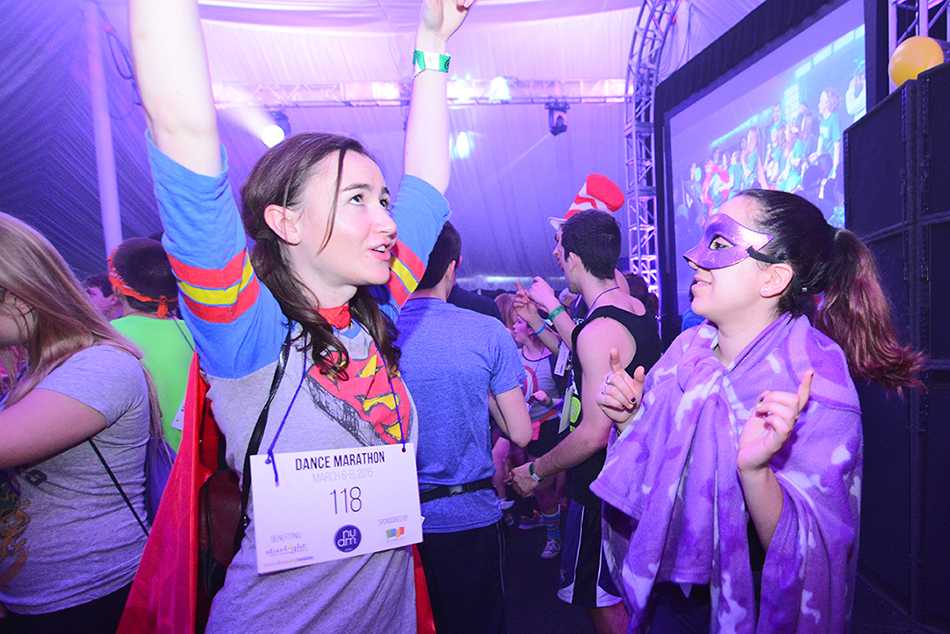 Courteney Cox and Isla Fisher also made an appearance in a celebrity video urging the dancers to keep going.

The energy in the tent spiked when the football team took the stage with coach Pat Fitzgerald, with several of the players hopping off stage and wading through the crowd afterwards. 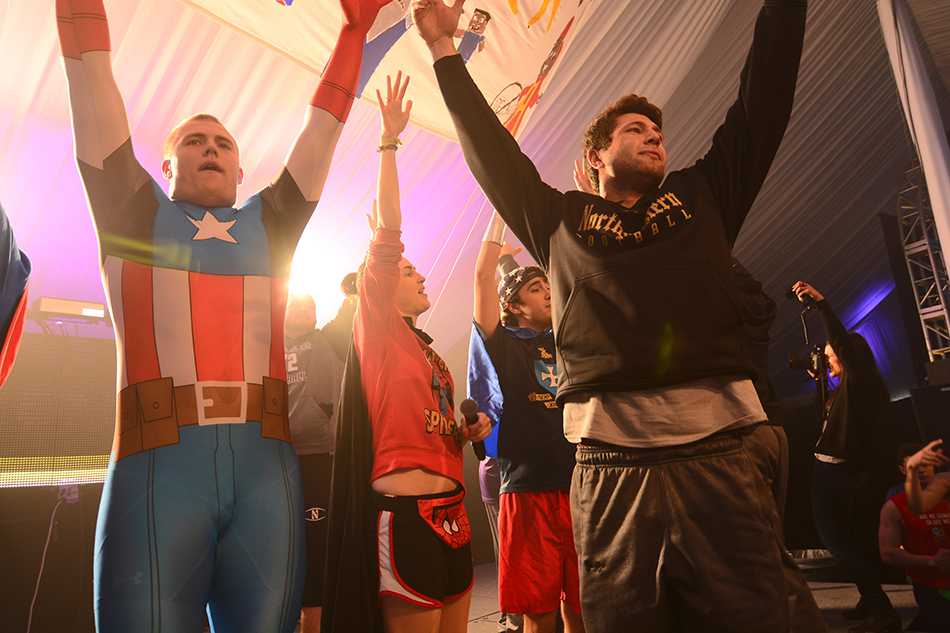 “It’s going great,” Fleischer said. “I’m having a fun time. I haven’t hit a roadblock yet, so I’m waiting for that to happen.”