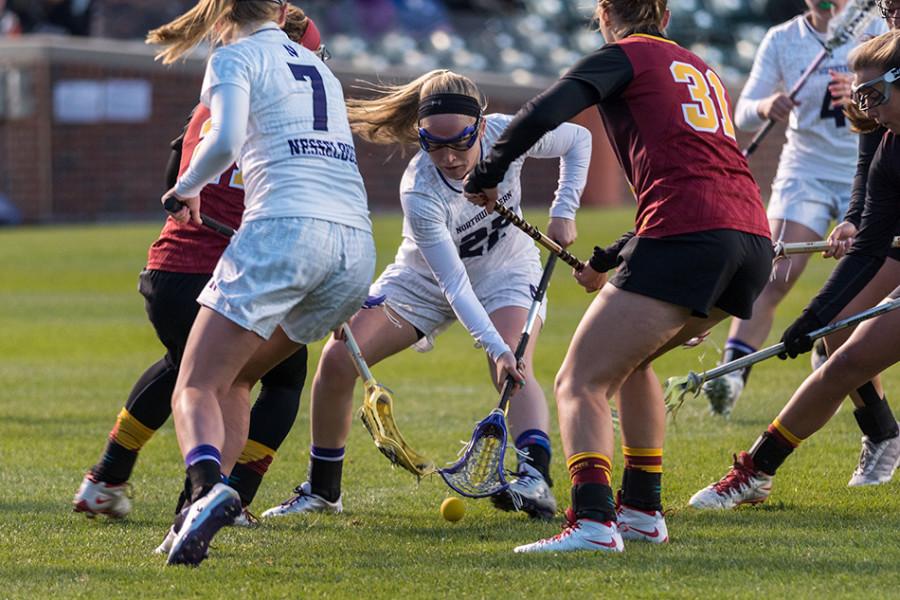 Northwestern could not buy a goal, or a stop, early on against the Trojans, falling into a 7-0 hole in the first 23 minutes of the contest. The Wildcats then kicked on the afterburners, using a three-headed scoring attack to eventually overtake Southern California 12-11 in overtime.

Northwestern begins a monthlong home stand at Lakeside Field on Saturday, heading outside just as the weather warms above freezing in Evanston.

The No. 7 Wildcats (3-2) face a year-old Colorado team (2-1) in the first of four games they will play at Lakeside Field throughout March.

The Cats last saw the Buffs in a fall scrimmage.

NU showed steps in the right direction and started clicking offensively in its past two games, a 13-6 win against Marquette and a 12-11 loss to No. 2 North Carolina. Freshman Corinne Wessels was named Big Ten Freshman of the Week after her two-goal, two-assist performance against the Tar Heels. The Cats now own three of the five Freshman of the Week honors from the Big Ten, following Lasota’s honors for the weeks of Feb. 9 and 23.

Wessels, Lacrosse Magazine’s No. 17-ranked freshman in the nation, improved ball movement on offense against North Carolina after sitting out the first four games of the season with an injury.

“We had a great vibe and team chemistry,” Wessels said of her first collegiate game. “On the sideline we were all positive.”

Games against ACC opponents No. 6 Syracuse and No. 12 Louisville as well as a highly anticipated matchup against No. 1 Maryland on March 26 make up the rest of the Cats’ March series. The Maryland game, a rematch of last year’s NCAA semifinal, also marks the beginning of Big Ten play.