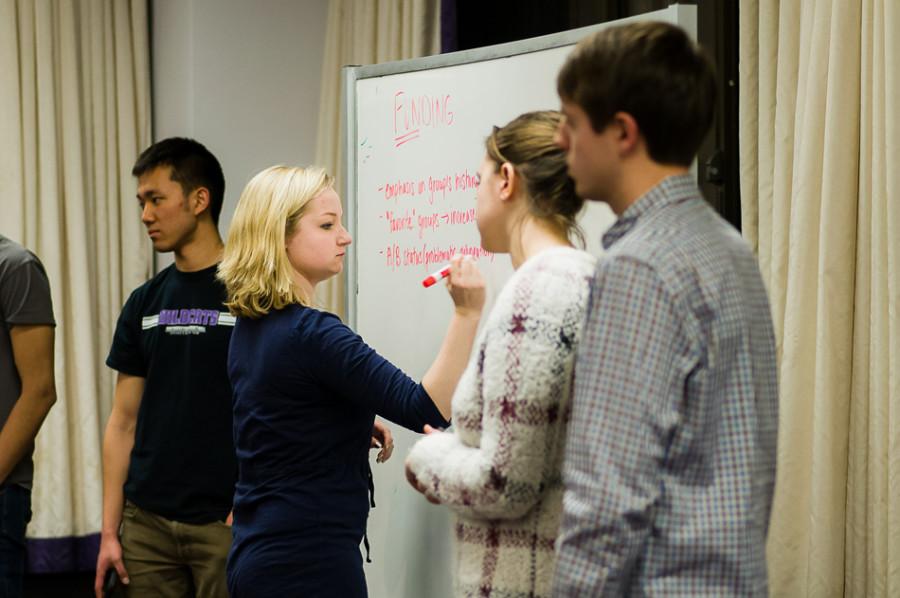 Associated Student Government revealed the 15 student groups that will hold Senate seats for the 2015-2016 school year at its meeting Wednesday, with College Republicans and College Democrats losing their seats, and A&O Productions, Mayfest and Niteskool Productions losing their shared seat as well.

College Republicans and College Democrats introduced an emergency resolution — one not on the agenda before the meeting began — to call on the Student Group Apportionment Committee to allow the two groups to continue holding seats. Senate voted to refer the resolution back to committee.

“It’s important that every voice on this campus is represented,” College Republicans president Domonic Burke said. “When you take away the two most prominent political voices on campus, this body certainly loses a crucial aspect of student voice.”

Chief of Staff Andrew Green called it a “very competitive” year for applications.

Quest Scholars Networks and Students for Ecological and Environmental Development will each hold their own seats next year. College Feminists, Sexual Health and Assault Peer Educators, Men Against Rape and Sexual Assault and Title IX at Northwestern will share one seat as well.

Student groups vice president Kenny Mok introduced his committee’s plan for B-status funding, which Senate will vote on March 11. The plan outlines how much funding B-status groups — organizations that receive only a few hundred dollars or less from ASG per quarter — will receive for Spring Quarter.

Funding requests totaled $38,706, which was $10,000 more than for Spring Quarter last year. Most student groups will receive less funding than they asked for, Mok said.

“This is not going to be a funding cycle where we just go through and approve everything,” Mok said.

Before Mok presented his committee’s plan, senators discussed potential problems with ASG’s current funding system. ASG allocates $1.4 million to groups every year, and most of that funding comes from the $56-per-quarter ASG activity fee students pay.

ASG will hold a town hall on its funding practices at 8 p.m. Thursday in Norris University Center.

Senate also passed a resolution calling on Gov. Bruce Rauner and the Illinois state legislature to increase funding to the Monetary Award Program.

Throughout the past five years, the University received $2.4 million annually through MAP for grants to in-state, low-income students, with more than 500 current NU students receiving aid from the program, said executive vice president Erik Zorn, the resolution’s author.

ASG joins student governments at several other Chicago-area universities that have passed similar resolutions, Zorn told The Daily, including at the University of Chicago and DePaul University.

In April, some ASG members will travel to Springfield to meet with state legislatures, Zorn said. Now that the resolution has passed, those members will advocate for increased funding on behalf of all NU undergraduates.

Two students who helped develop a mobile application to replace ground flyering spoke on progress since the app launched in late January. Pvmnt, in part with an ASG-funded Wild Ideas Grant, compiles campus events on its website and its mobile app for students to view.