The Spectrum: Taking ownership of my Korean-American name 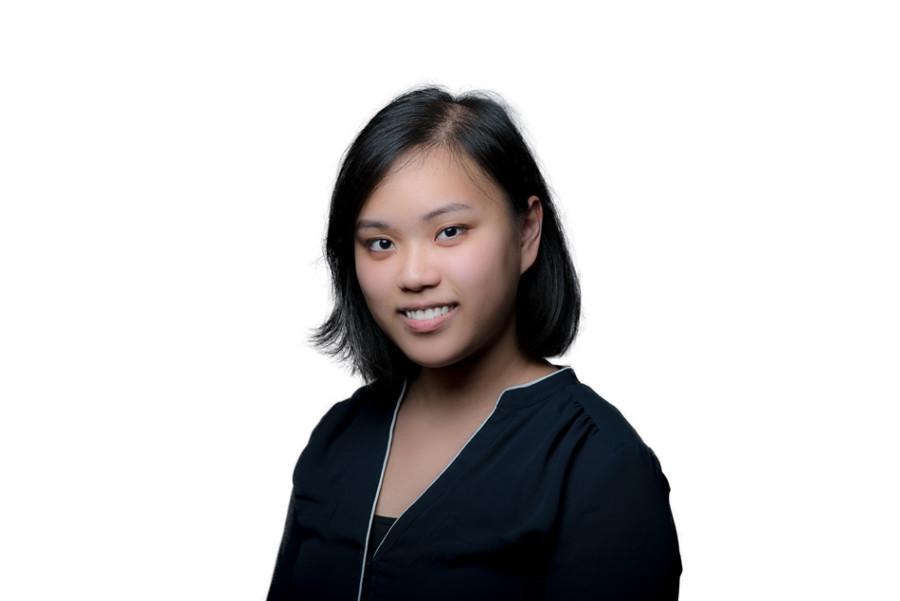 This essay is part of The Spectrum, a weekly forum in our Opinion section for marginalized voices to share their perspectives. To submit a piece for The Spectrum or discuss story ideas, please email [email protected]

My last name, Johnson, is not indicative of my ethnicity, my “roots” or my identity. What it does tell, however, is a story that I think is worth adding to a necessary and ongoing discussion about identity, names and feelings of belonging.

I am a second-generation Korean American. I am 100 percent Korean, at least in terms of my ethnicity. So why is my last name Johnson? It’s a fair question that often comes from confused people who interact with me.

In the 1970s, my paternal grandfather immigrated to the United States and realized his Korean last name, written as Choi — this spelling differentiates it from a phonetically similar but very different Korean last name, Chae — was a problem. It was the source of ridicule from those who didn’t know or care how to pronounce it. He wanted “absolute” assimilation, and legally changed his last name and my father’s last name to one of the most common last names in the phone book: Johnson.

As someone who was born and raised in the States, I initially thought all immigrants from Korea did this. I thought it was normal to have a legal, “American” last name and a separate Korean last name until I interacted with other Korean-American families that simply wrote out their Korean names into English.

For the longest time, I resented my grandfather’s decades-old decision to replace our identity because our last name was the one thing that connected me to my roots. He chose a last name that only symbolized, in my opinion, my grandfather’s failure to fight for his name. And I believed this until I came to Northwestern, because something important happened on this campus that changed the way I viewed my last name.

During the last four quarters I have spent at NU, I have been asked if I am half-Korean, adopted or Filipino. In the eyes of other students who had a certain image of what a Korean American looked like and what names they had, they saw me as anything but just Korean. I fit none of the “requirements” of a Korean neatly, hence the variety of questions. Even my first name, Naomi, became a point of contention, because my parents made my “Korean name” Naomi, but they spelled it out in Korean Hangeul. This means my Korean name is Hebrew based, has three syllables instead of the common two and carries no traditional Chinese meanings. So do my Americanized last name and Hebrew-based first name make me any less Korean, whatever that means?

The answer is a resounding no. I speak Korean at home, read the Bible in Korean and eat Korean food with my parents. This does not, however, make me “more Korean” than other Korean Americans who have retained their original Korean names but do not speak Korean. So the question becomes, at least for me, why are certain people rushing to fit me into categories? Why does a Korean last name legitimize someone’s Korean-ness but not their American-ness if they live in America? Why does a non-Korean last name obscure the nuances of my family story?

The best answer that I can muster is that names carry a great deal of meaning, especially in terms of identity for humans who live in a multicultural nation. A variety of questions stem from the issue of names and what they mean in America. But what I want to point out is that people have a striking urge to assume and categorize based on names alone, which is part of the reason names are so significant.

I will always be the daughter of Korean immigrants, but I do not feel compelled to give up any of my Korean culture in order to be “more American.” There is no trade-off of identities, meaning that choosing to emphasize certain aspects of myself does not negate the distinctions that may “other” me from the majority. My legal last name, for example, does not replace the fact that my ancestors came from the North Gyeongsang Province in South Korea. I especially do not think it’s necessary to give up my Korean-ness for the sake of the categorical continuity — and the conveniences that such continuity affords — that people have imposed on me time and time again.

I admit some of what I am saying is self-serving in that these thought processes have helped me minimize the hurt I have felt when others told me I was either not Korean enough or not American enough. Just 12 months ago, I would have had no problem listing out the reasons I disagreed with my grandfather’s decision. Now, I see my name and the challenges that it creates for others as an opportunity. It’s an opportunity for me to share a story of my family’s immigration. It is also a chance for me to confront the fixed ideas of lineage, race and belonging that drive the questions I receive. What has become clear to me in the last couple of years is I have never experienced a clear schism between “identities.” I am not a collection of discrete characteristics, but rather a blend of these characteristics, thereby making me American.

I am an American because I am Korean.