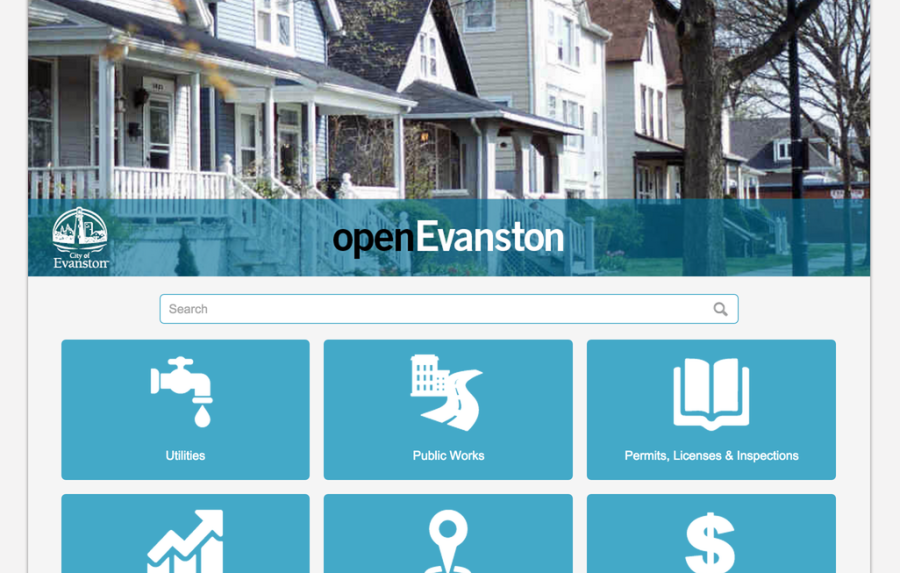 Evanston’s open data portal contains information and data from various city departments. The city launched the site a week ago in an effort to improve transparency.

Evanston launched OpenEvanston.org last week, a one-stop data portal for information on the activities of different government departments, in an effort to improve transparency and efficiency.

The site launched Feb. 23 after months of development, digital services coordinator Luke Stowe said. The project is part of an open data movement that seeks to increase availability and access of government records and information to the public. Many big cities have implemented similar systems, but Evanston is early in the wave of smaller cities to do so, Stowe said.

“This is an extraordinary project,” said Ald. Jane Grover (7th) during a presentation about the portal at City Council on Feb. 23. “It’s valuable information but it’s also public information. We’re way ahead of the trend in open government.”

The development team’s primary focus for the project was consolidating and coordinating each department’s existing data presentation method into one open data platform, Stowe said.

Before the portal’s creation, each department collected and distributed data sets independently. Methods vary by department and range from different software programs to PDFs, “where data go to die,” said Stowe.

With the transfer of all this information to one easily usable hub, government information will become much more in the public domain, said Stowe.

“We want to take it to the next step,” Stowe said. “With the portal we’ve made it so that you can search the data, download the data, embed the data on your own site and build apps with it.”

Until the launch of the portal, the department of utilities displayed its annual report using PDFs. The department’s hope is that the portal will help give people a better understanding of how its operations run and what its responsibilities entail, superintendent of utilities Lara Biggs said.

“I think most people don’t know how to ask for information on what we do since so much is behind the scenes,” said Biggs. “We’re a very technical, data-centric organization, so many people get overwhelmed by the report because there’s not much explanation on there.”

In addition, members of city government expect that the system will lead to increased interdepartmental efficiency. In the past, requests for large data sets had to be submitted through the Freedom of Information Act. Now, much of that information can be found on the portal.

Although online and operational, the site is not completely finished. Because the information is for the public, the city is seeking to hear feedback from citizens on ways to improve the site. Additional functions based on community input are planned to be implemented on the site, according to Stowe.

“We have a long way to go, this is a first step,” Stowe said. “This is a high priority for us; as much as we want data geeks to love it, we want it to be accessible to everyone that visits the site.”