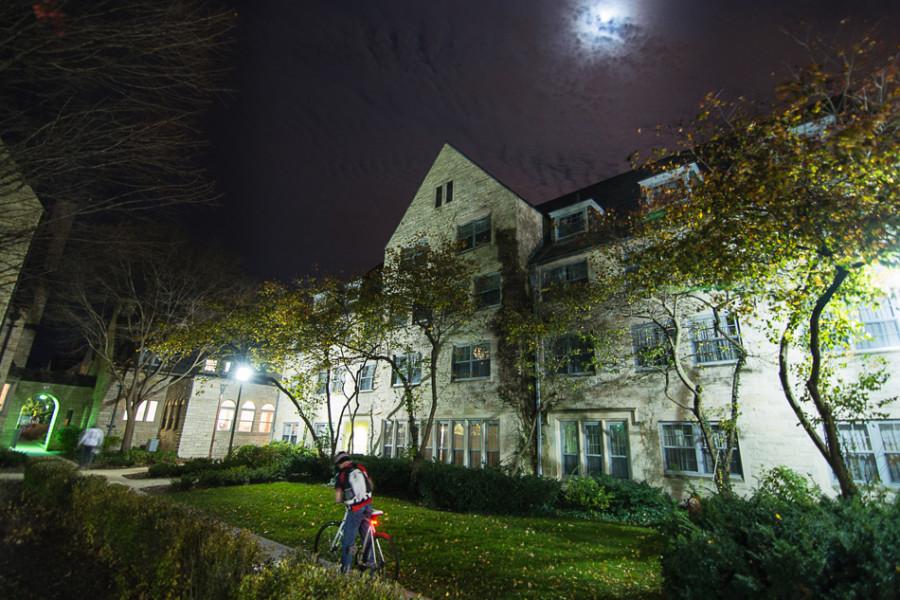 A policy requiring overnight guests to be of “the same sex” as the students hosting them was amended over the summer to remove reference to sex or gender. The new policy allows students to host a guest of any gender for three days or fewer.

Residential Services has changed its overnight guest policy to remove restrictions on a guest’s sex.

Students living in Northwestern housing will be allowed to host guests of any sex, as long as the guest doesn’t stay for more than three consecutive nights.

The previous policy required guests to be “of the same sex as the residents assigned to the room/suite,” according to the 2013-14 Student Handbook.

Chris Harlow, Associated Student Government vice president for student life, said the groups notified ASG of the letter when they sent it, but that he wasn’t aware the policy had changed in the student handbook until January.

“It was a very heteronormative process,” Harlow said. “By (the policy’s language) including someone of the ‘opposite sex,’ you’re inferring that if you have someone of the opposite sex, you’ll be having sex with them. Which is an entirely OK thing, but this policy implies that the University wants to control what it is you as an individual can do and who you can or can’t have sex with.”

Director of Residential Life Deb Schmidt-Rogers, who succeeded Goldenberg in August 2014, said she was not aware a letter had been written until a few months after the policy had changed.

Schmidt-Rogers said her department takes suggestions on how it can improve its policies.

“I feel strongly that Residential Services works hard to create communities that are inclusive and respectful of students of different backgrounds,” she told The Daily in an email. “Suggestions are always welcome and the Residence Hall Association is the perfect avenue to filter those concerns and bring them forward.”