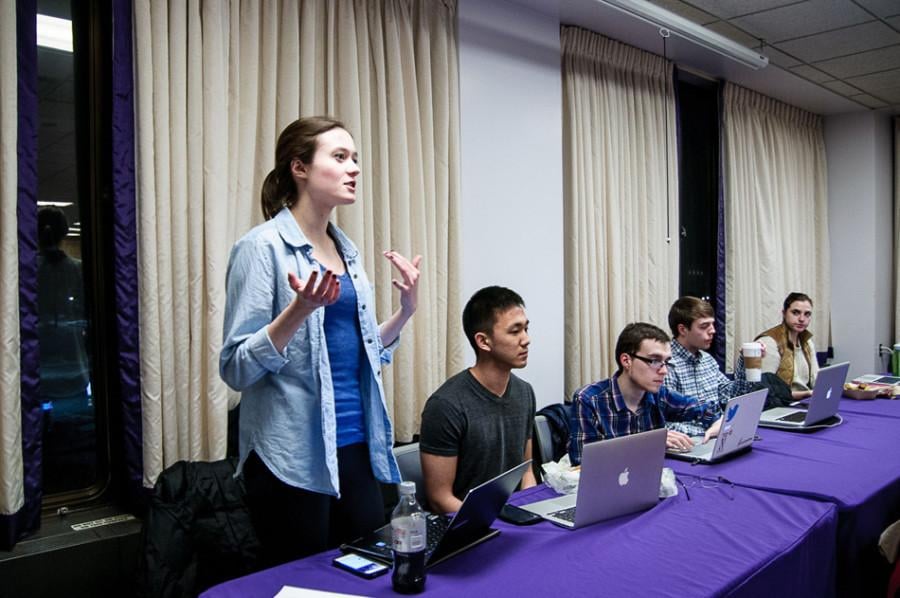 An Associated Student Government task force will lobby for the creation of a committee to oversee the University’s investment practices, following the passage of a Northwestern Divest-sponsored resolution calling for increased transparency in investment.

The task force would make recommendations to the NU Board of Trustees on ethical issues related to investments in the University’s endowment.

Watson, a Weinberg senior, told The Daily that ASG will choose members for the task force on Thursday. She said the group will advocate for an advisory committee similar to Yale University’s Advisory Committee on Investor Responsibility, which comprises faculty, alumni and students who oversee Yale’s investments.

The task force will meet with William McLean, NU’s chief investment officer, before the end of the quarter, Watson said.

NU’s lack of such a committee, Watson wrote, is “indicative of an outdated transparency policy and a poor commitment to socially responsible investing.”

Wednesday’s meeting was the first since Senate passed an NUDivest-sponsored resolution after a contentious, five-hour debate early in the morning on Feb. 19.

Speaker of the Senate Noah Star began the meeting by defending his decision to require a secret ballot in that vote. Two alumni wrote a Letter to the Editor in The Daily critiquing his decision last week.

“A secret ballot is not a measure that allows you to hide your vote,” Star, a Weinberg junior, said. “It is merely a measure to prevent public intimidation from affecting the outcome of a vote.”

Star also alluded to incidents of “intimidation and harassment” toward senators following the vote, and he encouraged senators to approach him if they’ve encountered either.

Later in the meeting, Jenny Puchtel, who oversees NU’s accreditation process for the Office of the Provost, spoke about the University’s upcoming re-accreditation this spring.

Accreditation is required every 10 years for NU to receive federal financial aid money.

Senators will vote on the resolution next Wednesday.