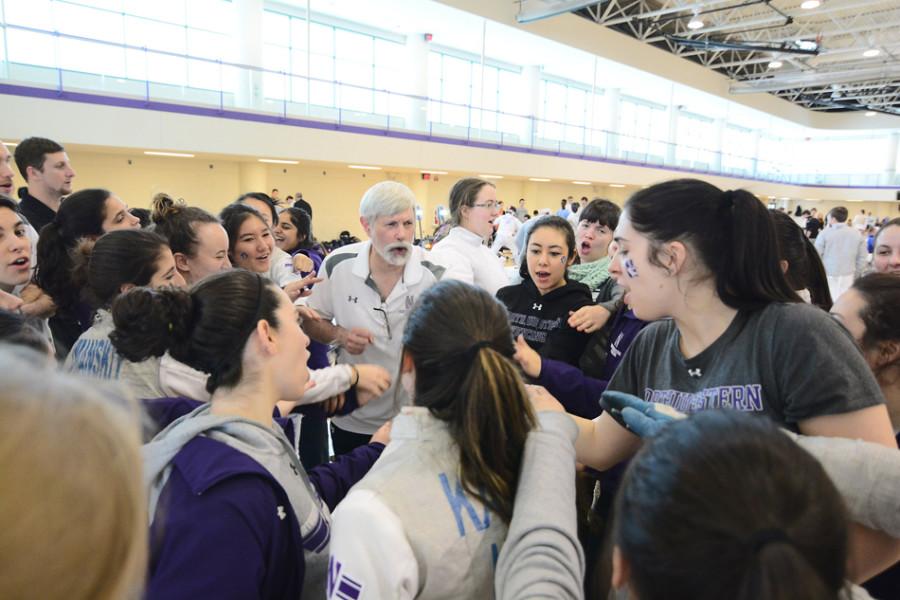 A conference title has eluded Northwestern since 2001. But the Wildcats are confident they can beat Ohio State and put the streak to rest.

It’s been a season-long focus and now the opportunity for the Wildcats is here: Win a Midwest Fencing Conference Championship.

“We want that conference championship,” coach Laurie Schiller said. “It’s about time. We have to take the monkey off our back and win this thing.”

No. 7 Northwestern (38-7) will host the Midwest Fencing Conference Championships at the Henry Crown Sports Pavilion on Saturday, desperately hoping the team will earn the gold medal for its performance.

Anxiety in large doses can be unhealthy, but the Cats are turning their preoccupation over the conference crown to self-belief that they will get the job done.

“We’re really optimistic and excited for our chances,” sophomore sabre Cindy Oh said. “We know that Ohio State will come out really aggressive, but we’re prepared for anything.”

The Cats have not captured the conference crown since 2001, but there are signs the winless streak could come to a close soon.

Notre Dame, ranked No. 2 in the country, is no longer part of the conference, eliminating the toughest obstacle to an NU conference title. Stiff competition remains in the form of No. 5 Ohio State.

The Cats have noted the importance in defeating the Buckeyes for some time, as Ohio State will likely serve as the home squad’s only true competition for the championship victory.

Foil may be the toughest task NU faces in toppling the Buckeyes.

“Ohio State’s strongest squad is foil, as they have two Olympians on that team,” Schiller said. “But we did better against them the second time, so we feel that we can do better matching up.”

The format for conference championships also may aid NU. The scoring is of a first-to-five nature, and foil, epee and sabre groups compete as separate teams at Midwest Fencing Conference Championships, with each group’s finish compiled into a composite score for a team that determines the final standings.

If NU’s foil group makes it to the finals against Ohio State and loses, the Cats still have the epee and sabre squads to fall back on.

With the Buckeyes the stiffest competition, the Cats are counting on being in the finals for all three groups. In the team’s two matchups this year, only NU’s sabre squad has defeated Ohio State both times, and they don’t plan on anything less at conference championships.

“Ideally we would of course want to reach five first (in the finals against Ohio State). We would want to get out there and win 5-3, so we don’t have to take it to the end,” Oh said.

If the Cats fall short of victory at conference championships, Oh and her teammates plan to reminisce on the season’s positives, including a few victories over top-10 teams.

But NU is indeed dreaming about the top of the medal stand at conference championships.