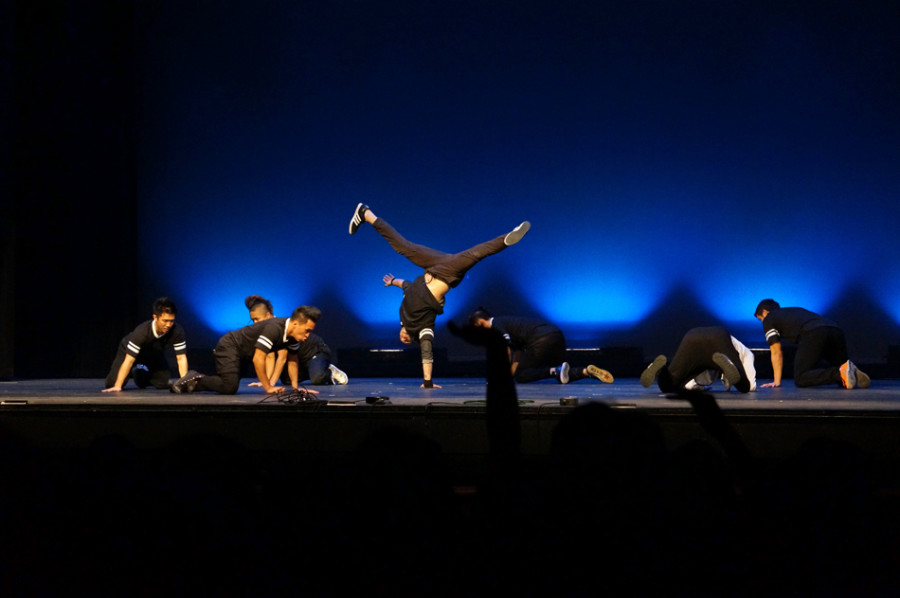 Performers dance at Celebrasia in 2014. The show features many types of performers and celebrates the Lunar New Year.

Behind the high-energy dance performances and jaw-dropping yo-yo acts that light up Chinese Student Association and Taiwanese American Students Club’s Celebrasia is the tradition of the Lunar New Year, and participants have been able to connect with their culture through the annual Northwestern event.

The association’s Lunar New Year celebration returns this weekend with its Year of the Goat-themed show.

Each year, the celebration brings a variety of acts to entertain its audience. This year, some acts include the hip hop-heavy ReFresH Dance Crew and East and Southeast Asian-inspired Typhoon, Revolution, University of Michigan’s acclaimed yoyo and diablo team and Poreotics, a former winner of America’s Best Dance Crew, to help ring in Lunar New Year.

“We are showing every aspect of Lunar New Year that we can to make it traditional, modern, and fun,” Yang said. “I think Celebrasia really elevates Lunar New Year because it allows all of the planners and members to really promote Lunar New Year.”

The Weinberg junior is also the Midwest District Governor for the Intercollegiate Taiwanese American Students Association, where she oversees Asian cultural events throughout the country. She noted thatCelebrasia is one of the largest Asian-American events in the United States, reinforcing the magnitude and reach this event has on campus.

While Yang was used to celebrating Lunar New Year before coming to college, Emily Moy, public relations chair for Celebrasia, joined Chinese Student Association to connect to her heritage and learned more about her own culture through Celebrasia.

“Seeing everyone audition brought upon a new cultural awareness,” the McCormick freshman said. “I was born here and am pretty Americanized, so I haven’t been able to experience the more traditional culture.”

Benedict Dungca, a Weinberg senior and ReFresH artistic director, had a similar experience to Moy, usingCelebrasia as a means of defining Lunar New Year for himself, since he didn’t celebrate before coming to college.

According to Yang, Lunar New Year is about celebrating each other, celebrating the past year, and wishing others good luck for the coming year, making this community-oriented event particularly significant.

In addition to sharing good luck and appreciation, Moy added that the event also spreads diversity and is a learning experience for all of those who attend.

“The bigger message is showing people what Chinese culture is and help people learn outside of the classroom,” Moy said.