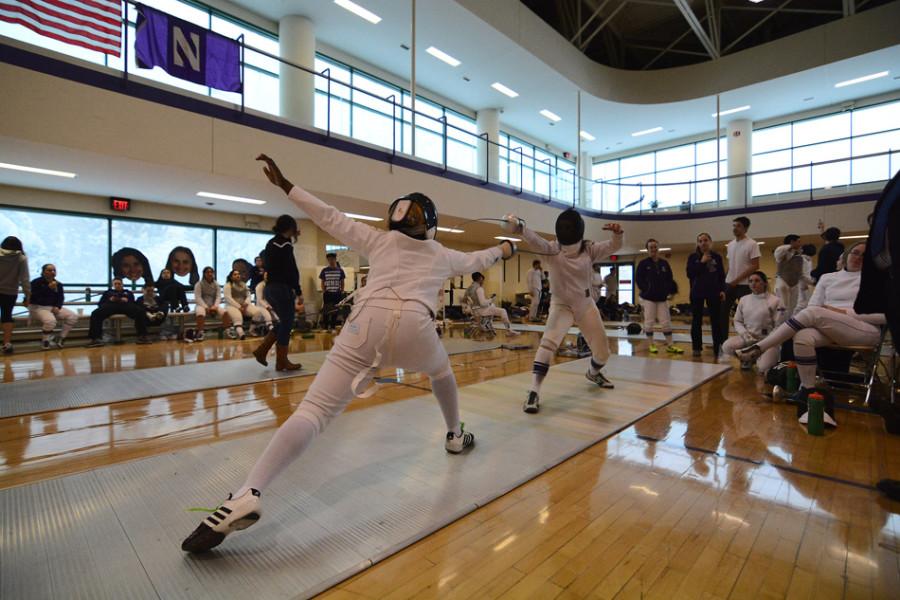 Northwestern took a break from team competition this week with the Junior Olympic Fencing Championships. The Wildcats performed admirably in the pools portion of the event, but faltered in the direct elimination portion.

Four Northwestern fencers represented the Wildcats at the Junior Olympic Fencing Championships, as was the case last year. And the Cats once again produced an underwhelming set of results.

NU brought four freshmen to the Richmond, Virginia, event, three from the foil group and one from epee, and although the initial showings were successful, the quartet struggled once elimination became a part of the equation.

“They did OK in the pools part (where they fenced among a group of six others),” coach Laurie Schiller said. “But then they all lost the first bout in single elimination, so that was kind of disappointing. But we don’t practice that too much, so I’m not surprised we had some issues with that in particular.”

The foilists who travelled for the contest were Lucia Procopio, Michelle Lee and Stefani Kahooklee, while Katie Van Riper represented epee. In the pools stage, consisting of six matches, Procopio, Kahookele and Van Riper all ended with positive indicators.

All three secured byes in the first round of direct elimination. But the whole quartet proceeded to lose its Round of 128 match, far below Schiller’s hope that the four could all make it to top 32 (or even top 16).

Yet the uninspired showing will be short lived. The event was simply a chance for a few NU fencers to show off their chops while the team aspect was entirely absent.

“Anytime they go to a national level meet, it’s a good individual experience with the competition they face,” Schiller said. “But it doesn’t really impact the team. Most of the girls who could’ve gone, decided they didn’t want to because the season is grueling.”

NU will commence the Midwest Fencing Conference Championships on Saturday in Evanston. The focus will be on taking down Ohio State, who the Cats have played to 1-1 this season.

With the extra rest from this non-freshman group, the Cats may be poised to take the conference crown.