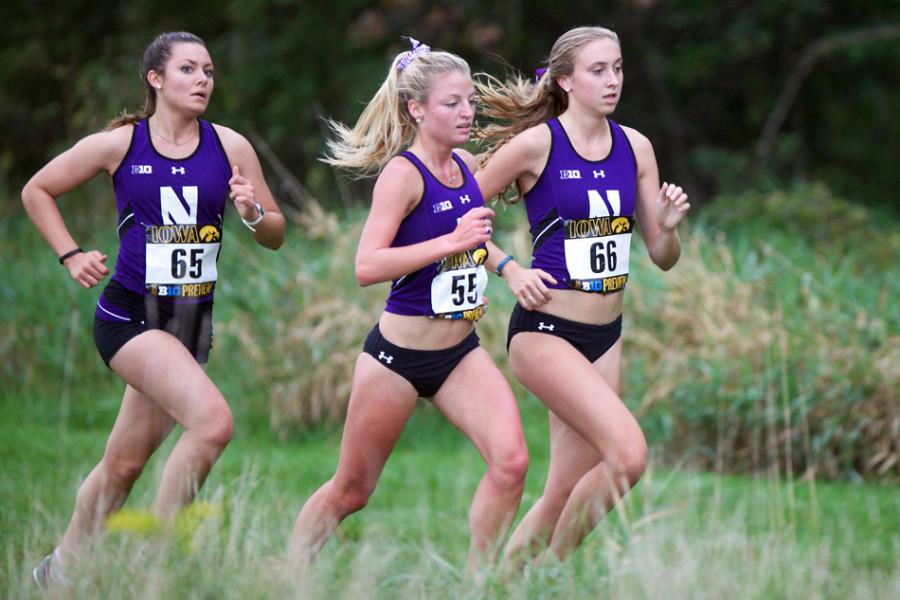 Northwestern competes during the cross country season. For the first time ever, the NCAA has sponsored the Wildcats for a track season in the winter and spring.

Northwestern will start the spring track season with NCAA sponsorship for the first time.

In previous seasons, NU competed in track meets to sustain fitness and supplement training while biding time until the beginning of the fall cross country season. Without sponsorship as a track program, coach April Likhite had to deal with restrictions on travel to meets and an inability to take her athletes out of class to compete.

She said she scheduled as best as she could for track seasons past but was forced into Midwest-heavy schedules that were missing many opportunities to showcase her athletes on a national stage, making track an appetizer to the main course of cross country season.

Now, with the restrictions lifted, Likhite has put together the best track schedule the team has seen to date, one that has her athletes abuzz.

“This season is a game-changer,” junior Rachel Weathered said. “I loved track in high school and I love track here. This is such a benefit for us.”

The spring outdoor track schedule has the team slated to travel to Tuscaloosa, Alabama, for the John Mitchell Alabama Relays and to San Francisco for the San Francisco State Distance Carnival, meets the team simply could not attend in prior years. Combined with repeat appearances at meets closer to home, like the prestigious Drake Relays, Likhite has given her team opportunities to match any other school in the Big Ten and positioned her squad for a chance to climb the conference.

“We’re going to be going to meets where a lot of those Big Ten schools we want to be competitive with are going to be racing their better athletes,” she said. “It’s only going to make them better.”

As a sponsored track team, the Cats get one more perk: the ability to compete in both indoor and outdoor NCAA Championship meets. With sophomore stars Andrea Ostenso and Jena Pianin continuing to shine in the indoor track season, NU could send a representative to the national championships soon.

Even if she can’t qualify for nationals, the new scheduling has Ostenso setting new personal goals.

“My ultimate goal is to break 16 minutes (in the 5,000m) by outdoor track, so I can qualify for the Stanford Invitational,” she said.

The Stanford Invitational, held in early April, is one of the biggest track events in the country and is another meet NU was previously unable to attend.

Weathered noted such opportunities to qualify for big meets are pushing the team forward.

“I’ve seen kind of a spark in the team, girls getting more motivated,” she said. “I’ve been seeing a lot of stars in people’s eyes which is really exciting.”

As much as a competitive track schedule helps her team in the present, Likhite also knows the exposure will help to boost her program in the long run.

“Seeing the opportunities that we’re giving our girls in competitive meets will definitely enhance the potential for our recruiting,” she said.

With her team preparing to pack its bags as spring and outdoor track approaches, Likhite’s scheduling has made track the main course for her team.