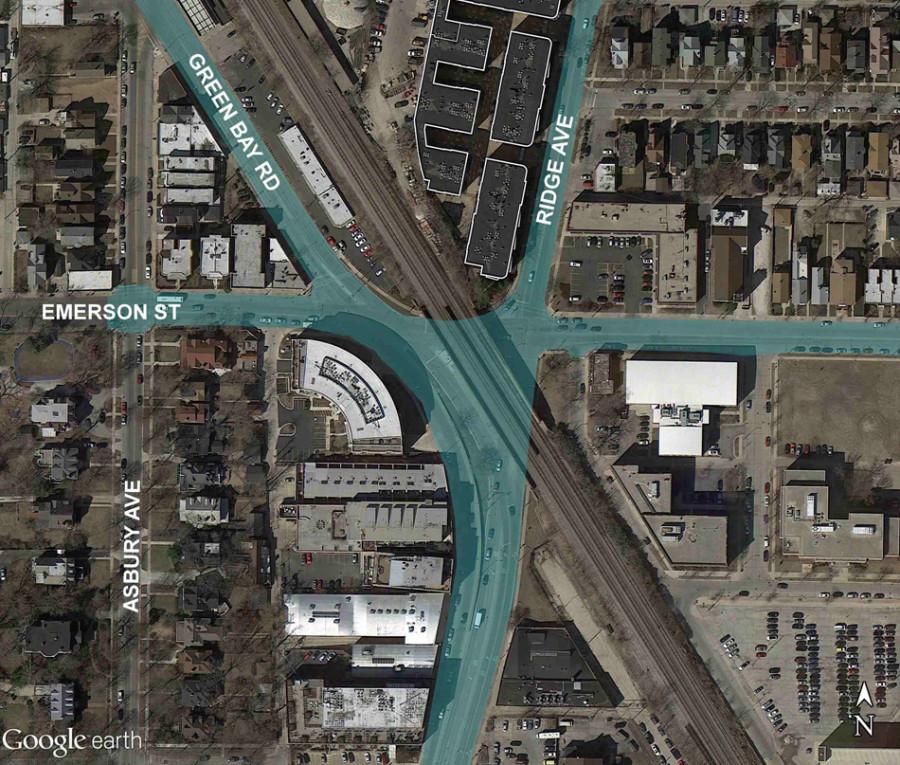 The Emerson Street, Ridge Avenue and Green Bay Road intersection will be improved through the Emerson-Ridge-Green Bay Improvements Project. Options for the project were discussed at a city meeting Wednesday.

A new landscape project aims to transform a busy intersection in Evanston, with plans underway to improve the landscape along the Green Bay Road corridor from Emerson Street to McCormick Boulevard.

Evanston officials presented several landscape improvement options and received comments from an audience of about 40 people Wednesday evening during a public meeting at the Hilton Garden Inn, 1818 Maple Ave.

“It was unpopular and it was the least attractive from a traffic engineering perspective,” Suzette Robinson, the city’s public works director, told The Daily.

Ryan Kettelkamp of Kettelkamp & Kettelkamp Landscape Architecture explained plans to add a monument sign at McCormick Boulevard and Green Bay Road, which would welcome people to Evanston. The sign would also advertise city events for pedestrians and drivers passing by, Kettelkamp said.

“They haven’t even addressed, I don’t think, the number of accidents that happen in that area,” Paden said. “It seems like they’re more concerned about the landscaping than they are about the traffic.”

Robinson said she would present data and community input at the City Council meeting Feb. 23.