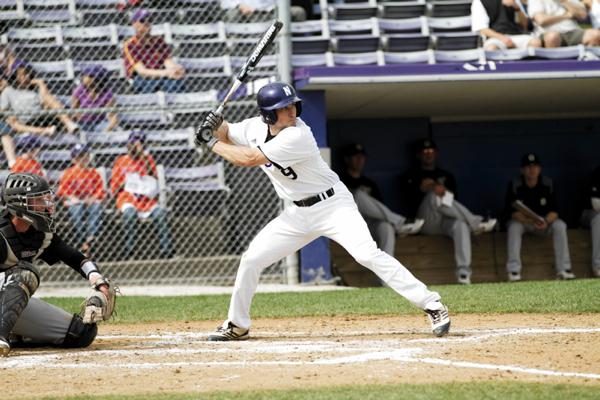 Northwestern will begin its season Friday without its best player.

Senior infielder Kyle Ruchim has been suspended six games by the NCAA for using an adviser to communicate with the St. Louis Cardinals, after the team drafted him last spring, Ruchim explained Wednesday.

According to NCAA rules, only an agent or a player himself may negotiate with a professional team, but once a player hires an agent he is no longer eligible to play in college. If a player is drafted but does not sign with a team or hire an agent, he can return to college. In Ruchim’s case, the adviser effectively acted as an agent, thus violating NCAA rules.

Ruchim called the circumstances “unfortunate” but credited the University’s compliance staff with handling the situation appropriately to limit his punishment.

“Luckily it’s only six games,” the fifth-year senior said. “A lot of people in my situation usually have stricter penalties.”

Ruchim, whose offer from the Cardinals expired in July and will go through the draft process again following this season, said he is fully healthy after missing almost all last season with an arm injury. The big-hitting utility man led the Wildcats in hits, doubles, triples, total bases and slugging percentage in 2013, while placing second on the team in batting average and walks and third in on-base percentage.

Despite barely playing in 2014, he was drafted by the Cardinals in the 39th round of the Major League Baseball draft. Ruchim had already graduated from NU and said he considered signing a contract but wanted to be sure he could handle the professional schedule and also wished to experience the senior season he missed last year.

“It definitely crossed my mind,” he said of signing with the Cardinals. “I don’t think we would have had that much communication between the team and the adviser had I just decided to (return) right away.”

Ruchim rejoins a team returning almost its entire core of a 19-33 team.

The Cats begin their season Friday in Surprise, Arizona, for the Surprise College Baseball Classic, where the team will meet Oregon State, New Mexico and Michigan State in successive days.

After a long offseason inside, complicated by renovations to Rocky Miller Park, coach Paul Stevens said he’ll be particularly glad to have his team return to the field.

“I’m elated to be starting,” Stevens said. “At this point we’re ready to get out and see where we’re at.”

In 2014, the Cats’ already-thin squad was hampered by injuries, and Stevens was forced to insert young players into major roles, sometimes at unfamiliar positions.

But the team’s offense will depend on a trio of fifth-year seniors: catcher Scott Heelan, infielder Cody Stevens and — once his suspension is over — Ruchim.

“You can never replace a guy like Kyle Ruchim,” said Heelan, who played out of position at second base during the second half of last season. “The kid does it all. He’s a stud. Having him back will be really nice and will help other people get back to their normal positions.”

Positional flexibility will be important for Paul Stevens, who said he has 10 or 11 position players capable of contributing substantially.

All of NU’s starters produced uneven seasons in 2014, but Stevens said the entire team can build off its past successes and failures “and give ourselves a really interesting spring into this year.”