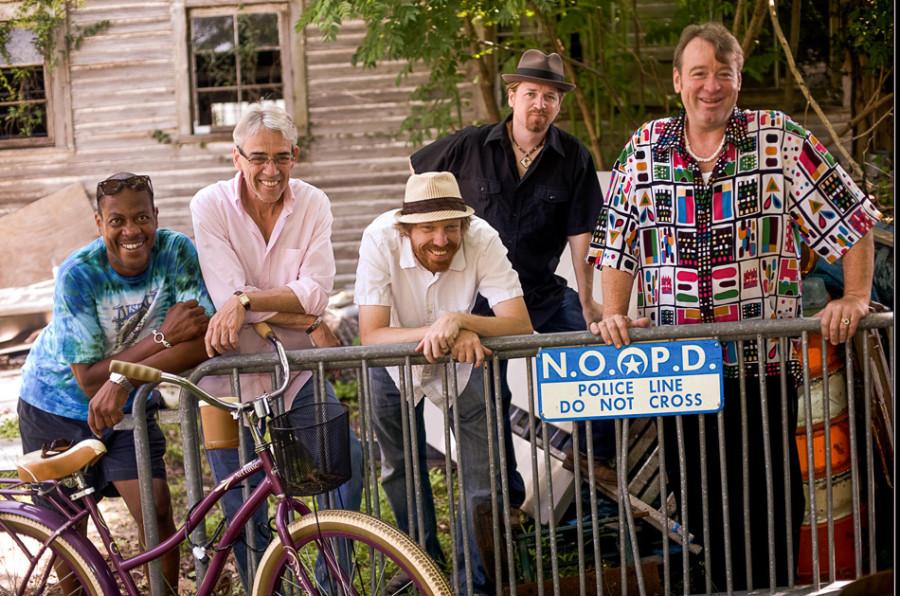 The New Orleans Suspects performed Saturday at Evanston SPACE. The group brought jazzy beats and a Southern flare to the performance.

The dimly lit venue was full of cheer and a shared appreciation for jazz as concertgoers sipped drinks and swayed to the music.

The Suspects came together in New Orleans in 2009 and have been touring full-time since 2011. They’ve released three CDs and established themselves as one of New Orleans’ most prominent jazz bands.

With their jazzy riffs, Scanlan said the Suspects work from “the traditional platform” and are influenced by the music from the late 60s and 70s.

“A lot of bands these days are doing the next generation sound,” Scanlan said. “But we’re a little more into the earlier traditions. We sound more old school.”

The Suspects have a peculiar character to them. They’re personable and know how to draw in crowds with their homey feel and easy talk. They also don’t come off as stiff professionals or as polished personalities. Scanlan described the band as something else entirely.

“We look like a complete train wreck at first because everybody comes from such different fields of music,” he said. “Willy and I are the only two in the band born and raised in New Orleans, and even the two of us come from completely different backgrounds.”

Even so, the Suspects have a certain chemistry that makes the band work.

“For some funny reason, our styles just seem to fit together when we start playing,” he said. “I don’t know how, but it all falls into place.”

Thus far, the Suspects have been successful with their “never-ending (three-year) tour.” Recently, they’ve seen bigger audiences as more people take interest in the band. In fact, spokeswoman Michelle Roche said all of their shows are expected to sell out.

“We had a hump to get over when we first started,” Scanlan said. “People kind of blew us off and thought this band was a side project kind of thing. It took a long time for people to get that this was our priority, but once they did, it started a nice progression for the band.”

Despite some of the personal challenges being on tour presents, the Suspects have big plans for the future. By day they plan to continue to work on their next album, and by night they’ll continue performing in shows. For their next album, they’re adding a twist with old school fun and collaborations from old members and friends, singers and songwriters.