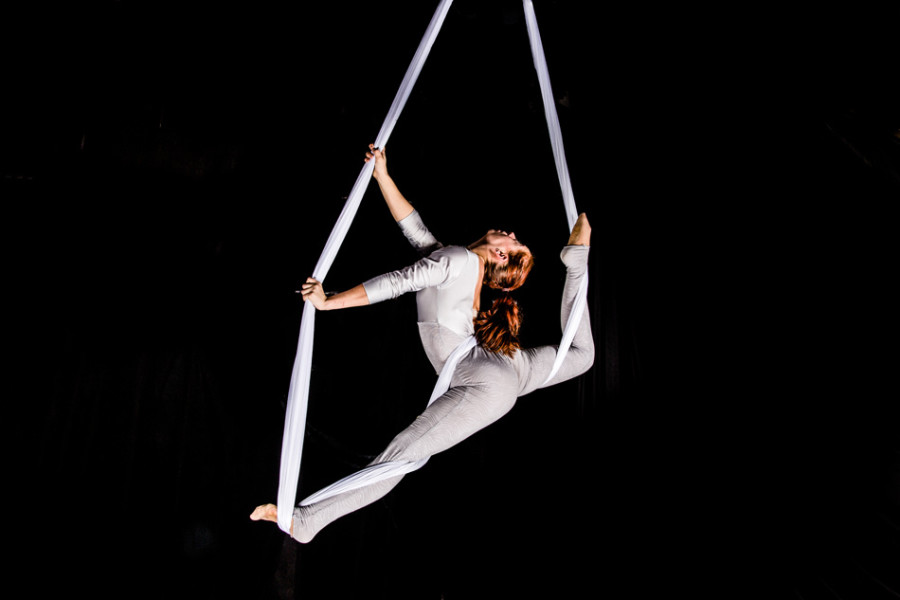 “Circuscope,” the winter circus show at the Actors Gymnasium, 927 Noyes St., opens this Friday, and this year they’ve gone microscopic.

Performers will attempt to portray the world as seen through the lens of a microscope, through acrobatic feats, mime and live music. They will wear unique costumes that mimic the physical appearance of real microscopic organisms.

Michelle Higgins, marketing and development coordinator at the Actors Gymnasium, partially credits show headliner, Dean Evans, a Chicago clown, with the idea for this year’s theme.

“(Evans) is always part of the creativity that drives these winter circuses,” Higgins said. “He’s been part of it for the last three years.”

For “Circuscope,” a very specific organism became the basis of show.

“This thing called a tardigrade, it’s also known as a ‘waterbear,'” Higgins said. “They’re these really crazy creatures that can exist anywhere, in any environment, even in outer space. (Evans) really wanted to play around with playing a character like that, with all the different environments it could be in, maybe playing around with the idea that, ‘Is that how life came to Earth?’”

A tardigrade is an aquatic invertebrate that can indeed live in conditions that would seem to be unliveable — but the waterbear simply adapts to live without water, oxygen or even while being bombarded with UV rays.

Though the premise seems academic, the concept of tiny, colorful, alien-like creatures provides a playground for acrobats and clowns, as well as a chance to further interpret this alien world through imaginative sets and costumes.

Higgins was enthusiastic about not only the visual potential of the theme but about the existential questions it could raise.

“It’s this fascinating world of just microorganisms,” she said. “There’s two main characters … and they’re sort of the clowns to lead you through this universe, exploring and questioning our perspectives as humans about what’s little and what’s big, and the importance of the little and the big in our universe.”