Folmsbee: Our generation is the biggest challenge to vaccinations 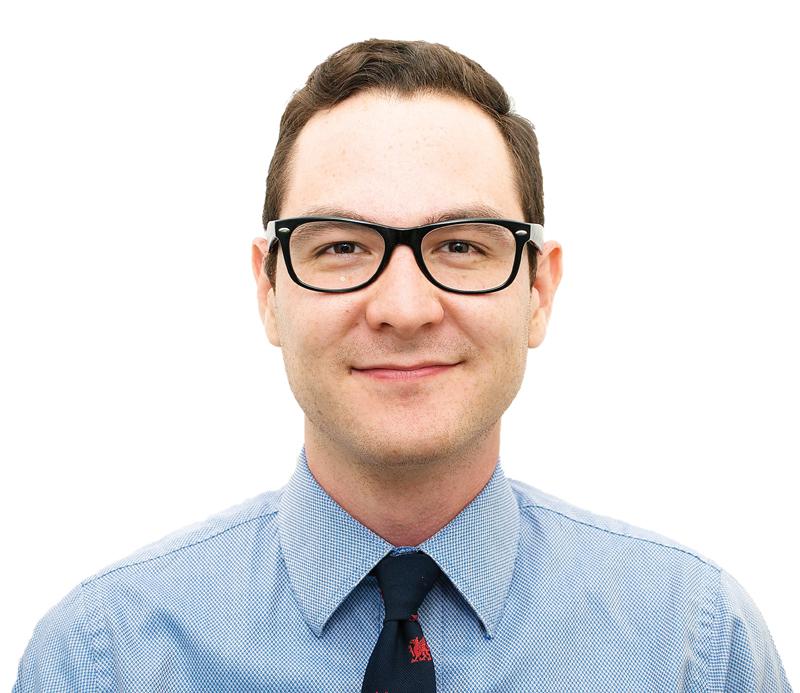 Measles, a highly contagious and potentially deadly viral infection, is making a spectacularly terrifying comeback. An outbreak of measles in Disneyland that began in December has spread to more than 100 new cases throughout the country. In Cook County, a total of eight infants at a daycare center contracted measles since last week. Heartbreakingly, all of these children were too young to have received the MMR (measles, mumps and rubella) vaccine, which is typically first given to children between the ages of 12 and 15 months. Among children who are unable to be vaccinated, their only protection would be herd immunity, the principle that infants at risk can only be protected by being surrounded by vaccinated individuals, limiting the risk of transmission and infection. But unfortunately, this defense can be worn away by a low vaccination rate.

Importantly, Illinois has been particularly challenged in maintaining effective levels of immunization in children. More than 130 schools in Illinois were below a minimum vaccination rate of 90 percent, which is already below the ideal threshold for proper herd immunity, which is above 95 percent. Interestingly, the state does have the power to enforce vaccination rates in the public school system, as the Illinois Code dictates that the government can withhold funding from schools not meeting standards of vaccination. However, the Board of Education is unwilling to enforce this policy due to entirely reasonable concerns that less money would likely not translate into more vaccinations. However, in the midst of such a measles outbreak, what’s most alarming is not the rise of this disease previously declared eliminated by the Centers for Disease Control and Prevention in 2000, but rather that our generation of young adults seems the least concerned with it.

Although the dangers of measles to children are well reported, students attending college have plenty of reasons to be alarmed, as infants are not the only ones vulnerable to measles. In fact, students in college are at a higher risk for exposure and transmission, and individuals over the age of 20 are at a higher risk of complications after infection. Concordantly, the Feinberg School of Medicine vaccine researcher Dr. Tina Tan has recommended all adults stay up to date with their vaccinations.

Paradoxically, despite young students having a higher risk of measles, our demographic is also the most lackadaisical about promoting strong vaccination rates. According to a recent Pew Research poll, only 59 percent of individuals between the ages of 18-29 agreed vaccination should be required, significantly lower than the overall national average of 68 percent. Even as a baseline, 68 percent is already alarmingly low, especially given the robust evidence for both the safety and efficacy of childhood vaccines. I have previously written on the importance of eliminating vaccine opt-outs, but briefly, it is a necessary provision to protect children from improper decision-making on the part of their parents.

But this survey raises another interesting question: Why does the older generation feel so inclined to make vaccinations mandatory? In the same Pew study, 79 percent of those older than 65 supported vaccines, the highest out of any age group. Perhaps it is simply because they remember a time before the successful eradication of these vaccine-preventable illnesses and saw the ravages of these infections firsthand. Remember, just over 80 years ago, America elected a president unable to walk because of a tragic childhood exposure to polio.

The 20th century was an age of true medical miracles, when citizens could actually witness the diseases of their childhoods be eliminated forever. But with measles returning and vaccination rates dropping, this older generation may be dreading having to be bystanders as this foundation of medical achievement crumbles before them.

Conversely, our generation hasn’t witnessed any such medical triumph, and we have forgotten our history. We are weary of a troubled health care system, turning to the comforting words of parenting blogs rather than the gloomy forcefulness of pediatricians. Because modern, 21st century medicine, the only kind of medicine we have ever known, is such a complex array of prescriptions, procedures and indecipherable hospital bills, it seems unfathomable to us that just a few, simple injections could protect against historical epidemics. But if we do not take time to learn about the history of disease and respect the wisdom of our elders, we may be doomed to relive the scourges of centuries past.