Medical marijuana dispensary could come to Evanston by end of 2015 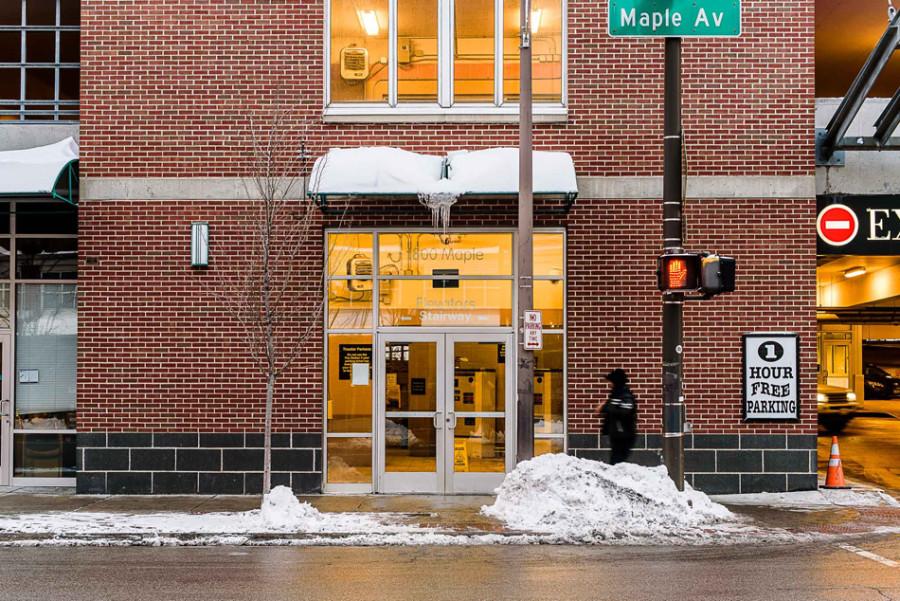 The Evanston-owned property at 1800 Maple Ave. could be used as a medical marijuana dispensary by the end of the year. The company Pharmacann LLC is taking steps to obtain a license from the state.

Gov. Bruce Rauner on Monday authorized a company to take steps to open a medical marijuana dispensary in Evanston.

A dispensary could be placed in Evanston by the end of the year, city manager Wally Bobkiewicz said. Now that Illinois has approved Pharmacann LLC’s application to begin the licensing process for dispensaries in several regions in the state, the company “fully intends” to go forward with a dispensary at an Evanston location at 1800 Maple Ave., said Teddy Scott, Pharmacann’s CEO.

The Illinois Department of Financial and Professional Regulation, which selects applicants for marijuana dispensaries, stopped accepting applications Sept. 22. Rauner’s office announced Monday a list of recommended applicants that can continue toward a dispensary license.

The company’s application was the highest-scoring in the district containing Evanston, Scott said.

“We basically took all comers,” Bobkiewicz told The Daily in September.

Pharmacann still needs to go through the state’s process to officially obtain a license for a dispensary in Evanston. The state has set up a four-step process, and Pharmacann is only at the beginning of it, Scott said.

“We’re confident that we will end up getting there, but we’re not there yet,” he said.

City Council will also work on developing medical marijuana regulations, such as creating an ordinance that addresses a tax on the sale of medical marijuana, Bobkiewicz told The Daily on Tuesday. Aldermen could see this ordinance in front of the council sometime in the next 30 to 60 days, he said.

The 1800 Maple Ave. location differs from other sites in Illinois because the site is owned by the city. Pharmacann will have to lease the property from Evanston to use it as a dispensary.

“We’re in a unique position that we think no other community in America has ever been in,” Bobkiewicz said. “Not only will we regulate this, but we will also be the landlord.”

Pharmacann staffers are at the beginning of the process of negotiating a lease with the city, Scott said. Neither Scott nor Bobkiewicz said they think there will be any problems with the lease negotiations.

The company could decide to move to a different location from the Maple Avenue property, but Pharmacann has no intention of doing so, Scott said.

Evanston is a good location for Pharmacann’s plan because the culture fits with the dispensary, said Scott, who called Evanston “progressive” and “open-minded.”

“There’s a long history of negative connotations with cannabis that we’ve all grown up with,” he said. “Evanston, we believe, is one of those places that is on the progressive side of things and more open-minded and able to recognize the benefits of this as a viable treatment for people that are in dire need of help.”

In addition, the location has parking availability and is close to transit, Bobkiewicz said.

Scott said he does not know how long the state’s process will take, but said it will take at least four months.

“The only thing I can commit to is that we … are certainly doing everything we can to push this forward as quickly but in a very thoughtful and careful manner,” he said.

Correction: An earlier version of this article misspelled Pharmacann LLC’s name. The Daily regrets the error.