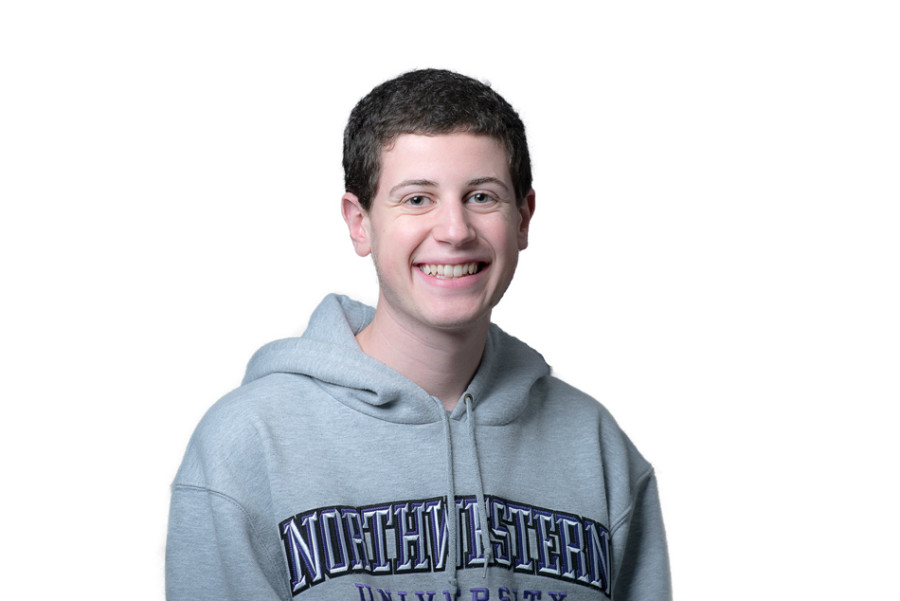 Because of my Jewish upbringing, I had never heard Students for Justice in Palestine’s side of the story when it comes to the Israeli-Palestinian conflict. As a Jew who is pro-Israel and in favor of a two-state solution, I decided to attend the Palestine 101 event last Friday to hear a new perspective.

Members of SJP passed around handouts titled “Welcome to Palestine 101” that included a summary of SJP’s presentation, including the subsections “Common Misconceptions” and “Necessary Vocabulary.” At the top of the handout appeared a short passage about activist Angela Davis’ speech on campus last spring. The biggest problem I found in this excerpt was the assertion that one “need not know every detail of Palestinian-Israeli history in order to” join the Palestinian solidarity movement. I disagree; I think the details are imperative to the evaluation of the holistic conflict.

Through Davis’ allegation, SJP is effectively asking people to remain ignorant of any historical context surrounding the Israeli-Palestinian conflict. Imagine for a second that NATO took Russia’s annexation of Crimea out of its post-Cold War historical context. What do you think would happen if an economic superpower like Russia suddenly invaded a nearby country and NATO acted without regarding the Cold War as a sensitive issue?

The most prominent argument taken out of context Friday was a picture on the handout illustrating four different maps of Israeli “occupation” since 1946. These maps, similar to those used for SJP and MEChA de Northwestern’s mock wall last October, attempt to portray Israeli encroachment of “historically Palestinian” land. I have a few problems with these pictures, first and foremost being that one of them is not only taken out of context, but factually inaccurate.

Four maps illustrate “historical Palestine” during 1946, 1947, 1948-67 and 2012. The 1947 depiction of Israeli “occupation” stands out as the inaccurate map, because it shows that Israel occupied land before it even declared independence. How can an entity that doesn’t exist oppress people with the government it doesn’t have? The picture that SJP used is really portraying the United Nations 1947 Partition Plan, which was adopted by the General Assembly but never went into effect. Also omitted from SJP’s picture was the international state of the City of Jerusalem, belonging neither to the Jews nor the Palestinians. Six months later, when the British Mandate expired and Israel declared independence, Egypt, Lebanon, Syria and Transjordan all immediately declared war on the newly formed Jewish state. Without this important context, it’s easier for SJP to skew the rhetoric in its favor when addressing people who know nothing about the history of this region.

Another point SJP failed to touch on is that the situations in the West Bank and in the Gaza Strip are completely different. While the West Bank is governed by the Mahmoud Abbas-led Fatah military wing and the Palestinian Authority, Gaza is run by Hamas, which the United States recognizes as a terrorist group. Despite the two factions recently agreeing to work together, Hamas has tried to undermine Abbas’ rule. In the West Bank, Israel continues to expand Jewish settlements into the internationally recognized State of Palestine, something I believe Israel should cease immediately if it ever wants peace in the region. On the other hand, the Israeli government evacuated all Israeli residential complexes from the Gaza Strip in 2005. Since then, Hamas has launched more than 11,000 rocket and mortar attacks from Gaza, including from civilian areas, endangering more than 5 million Israeli lives.

Additionally, the SJP speakers brought up how the West Bank security barrier can be considered “de facto apartheid.” According to critics, the barrier restricts the free movement of Palestinians unfairly, and represents physical evidence of Israeli “occupation.” What SJP failed to mention — and the context that is important to understand — is that the barrier was constructed out of a very real need for the security of Israeli citizens, which Israel’s government has an obligation to protect. From the start of the Second Intifada in September 2000 through the completion of the barrier’s first segment in July 2003, there were 73 “mass murder” attacks, including suicide bombings, in Israel. Only five years later, the number of suicide bomb attacks fell to zero.

Thirdly, I’m most unwilling to excuse how the SJP speakers occasionally used “Jew” and “Israeli” interchangeably, and “Palestinian” and “Arab” interchangeably. Distraught at the anti-Semitism conveyed through the images of what the speakers described as “Jewish-only roads,” I sent in a question on an index card during the Q-and-A session about this, which the speakers read aloud. Fully aware of the answer, I asked “Is it possible to be Palestinian, but not Arab, or Arab but not Palestinian?” And my question was answered correctly – yes it is possible. The speakers even listed a couple different ethnic and religious combinations that exist such as Palestinian-Jew, Palestinian-Muslim and Arab-Jew. However, they left out one incredibly important ethnic group, one that, without suitable context, punctures a hole through SJP’s narrative: Israeli-Arabs.

Because SJP’s lecturers used “Israeli” and “Jew” synonymously, they painted the picture that certain roads in Israel can only be accessed by Jewish people, and that non-Jews were forced to use decrepit, unpaved motorways. The truth is that Israeli Arabs living in the West Bank are 100 percent allowed to use these “Jewish-only roads” despite the fact that none of them practice Judaism. A more accurate description with appropriate context would have been “Non-Palestinian” roads, which became necessary after the sheer number of suicide bomber attacks in Jerusalem during the Second Intifada.

Furthermore, Israeli-Arabs are full citizens of Israel, have the right to vote and account for over 20 percent of Israel’s population. There are even a few who identify as Israeli-Palestinian. And in the Knesset, Israel’s 120-seat parliament, 12 seats are held by Arabs with Israeli citizenship. An audience ignorant of this context will assume that all Israelis are Jewish, and the fact that SJP portrayed the state of Israel as a racist, oppressive entity is indicative of the anti-Semitic undertones its narrative entails.

The Israeli-Palestinian conflict ultimately boils down to the fact that the turmoil surrounding the narrow strip of land on the Mediterranean coast that the Jewish people call home has existed ever since David conquered what would become Jerusalem almost 3,000 years ago. Today, conflict still engulfs the region, and Israel isn’t the only country at fault. I’ll be the first to admit that the biggest obstacle to peace right now, other than Hamas, is the continued construction of settlements in the West Bank. If there’s ever going to be a realistic two-state solution, both sides need to stop provoking each other. But most importantly, the delicacy of the situation must be kept in proper historical context, including all topics like the Six-Day War of 1967 and the Gaza flotilla raid in 2010. Otherwise, the opposing one-sided narratives will not be reconciled and strife will continue to prevail.