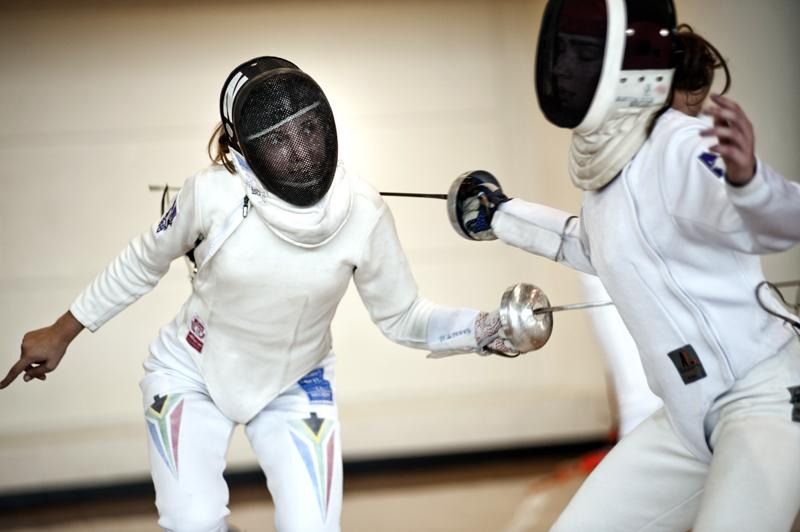 Three Northwestern freshmen will represent the team at the USFA Junior Olympic Championships. "It’ll be a good opportunity to show themselves against some of the stronger other junior fencers in the country,” coach Laurie Schiller said.

Northwestern returns home this weekend for the NU Duals II, but the Wildcats will be in for the fight of their lives.

Following an 11-match weekend that included matches against five top-10 teams, the No. 9 Cats (26-4) face five more top-10 teams in Evanston, for the home competition. And the event will be 13 matches over two days rather than 11.

With such a packed and daunting set of opponents, NU can only do one thing during the week: Keep control of the madness.

“It’s all about preparation,” coach Laurie Schiller said. “We’ve given the players some rest this week, and we looked at film. And the only thing we can do is hope that we’re ready to go when we start on Saturday morning.”

The Cats will face some familiar foes this weekend, taking on last week’s competitors in No. 10 Temple, No. 6 Penn, No. 5 Ohio State and No. 1 Notre Dame.

These are, of course, the four teams that NU cares most about, along with No. 3 Princeton.

Schiller has a strategy for success against this top-notch group.

“Fortunately I get to control the schedule this weekend,” Schiller said. “So we can warm our way up to the matches, that’s the setup and then we get into the tougher ones.”

Yet, as it stands now, NU will begin its Saturday with Stanford (a team getting votes in the polls), then Penn, Ohio State and Notre Dame, with an innocuous Fairleigh Dickinson squad rounding out the day.

Princeton headlines on Sunday, but NU won’t have too much to worry about in the other six bouts.

Matters didn’t work out that well last Saturday for the Cats, when the team came out a disappointing 3-2.

Then again, NU lost those matches by the thinnest of margins, 14-13 each time. And the Cats roared back on Sunday, winning four of six contests, including an elusive win over the Buckeyes.

More than any opponent, NU is pumped up to try to take down Ohio State.

“Beating the Buckeyes (again) would be pretty cool, because I don’t think it’s something we’ve done in a long time,” sophomore foil Stephanie Chan said.

Junior epee Kaitlyn Wallace noted that the Cats must be extra attentive in her portion if they want the Buckeyes sweep.

“Ohio State has a really strong foil squad,” Wallace said. “So epee and sabre really have to come in for the win if we are to defeat the Buckeyes.”

Wallace also noted that the No. 1 Fighting Irish contain a similarly strong foil group, and the No. 3 Tigers may be the team’s greatest challenge in epee.

Still, everything circles back to the Buckeyes.

“We beat Ohio State in two of the three weapons last week,” Schiller said. “And if we can do that again, we’ll have a real good chance to win the conference, which we haven’t won in a while. By asserting dominance again, it shows we’re the dominant team here, and we want that feeling.”