Fencing: Northwestern bounces back from disappointments to top Ohio State 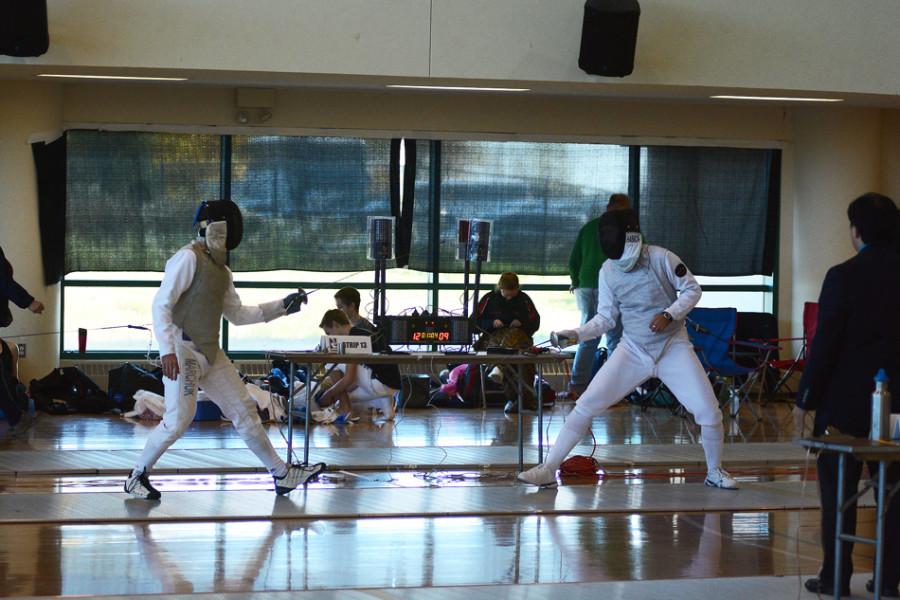 It wasn’t a banner weekend for Northwestern, but a strong finish Sunday at the NYU Invitational had the team feeling good. The Wildcats beat No. 5 Ohio State that day, along with three other teams, and held their own against the nation’s top two squads.

In the end, No. 9 Northwestern (26-4) produced the exact same 7-4 combined record at the Philadelphia and NYU invitationals over the weekend as produced last year.

But although coach Laurie Schiller saw 2014’s effort as a disappointment, this set of performances gave him more optimism. The key was seeing a major change from the first day to the second.

“I don’t think we fenced as well as we could have (early on),” Schiller said. “On Sunday (the second day), though, we were re-energized and we fenced well all day and we not only beat the teams we expected to beat, but we defeated Ohio State for the first time in several years.”

Although Saturday’s batch of contests at the Philadelphia Invitational netted the Wildcats a 3-2 record, quite similar to Sunday’s 4-2 mark at the NYU Invitational, there was a reason for Schiller’s Sunday preference.

In Philadelphia, the Cats took on just two top-10 squads, with both foes outside the top five. The next day in Jersey City, New Jersey, NU fought three top-10 teams, all three of which were in the top five. Two of those were Notre Dame and Columbia — the top two teams in the nation.

The Cats actually started out strong Saturday with a resounding 19-8 win over a Cornell squad that was receiving votes in the polls. Then NU quickly got mired down.

“We started off well against Cornell, but somehow we got out of sync a little bit and we just couldn’t stop it,” Schiller said. “And we started getting in our own heads about things.”

It started with a 14-13 loss to No. 10 Temple and continued with the same thin margin of defeat against Penn. Late 19-8 wins against Sacred Heart and Johns Hopkins did not salvage the day for the Cats.

NU suffered on day one most because of the epee squad.

NU lost two matches in epee for the day, but one defeat was enough to leave a big mark. The Cats’ big disappointment in epee came against Penn, where the team produced just 1 of 9 points in a crucial match NU lost by a single point.

Junior epee Juliana Barrett knew her section let the entire team down on Saturday, and felt a desire to avenge the performance.

“I think for the next day, that feeling of guilt that you don’t really want to have, we harnessed that and turned that into energy for the next day to prove to our team and to ourselves that we could do a lot better,” Barrett said.

Epee suffered no similar lapses on Sunday, and the team seemed to fire on all cylinders. NU lost two of its first three contests in New Jersey — the win in between being a 21-6 triumph over Yale – but Schiller was proud in the aftermath of competitive 16-11 and 17-10 defeats to No. 2 Columbia and No. 1 Notre Dame.

The biggest match was the Cats’ contest against No. 5 Ohio State, a team that had eluded defeat at NU’s hands for years. And the Cats were prepared.

“Against Ohio State we came out really strong, and that was a great moment,” sophomore sabre Cindy Oh said.

The battle was hotly contested, with the Cats and Buckeyes battling to a 13-13 tie before NU junior epee Kaitlyn Wallace put together a “clean” bout in the final contest to give the Cats the victory.

The Cats followed with 19-8 and 27-0 wins against Wayne State and NYU. Yet, it is clear which single contest gives NU the most confidence going forward.

“The win against Ohio State showed us that we have the ability to beat them, and it’s promising for Big Tens because they are our biggest rival in conference,” Barrett said. “It’s motivating for us that we know we have the potential to beat them.”