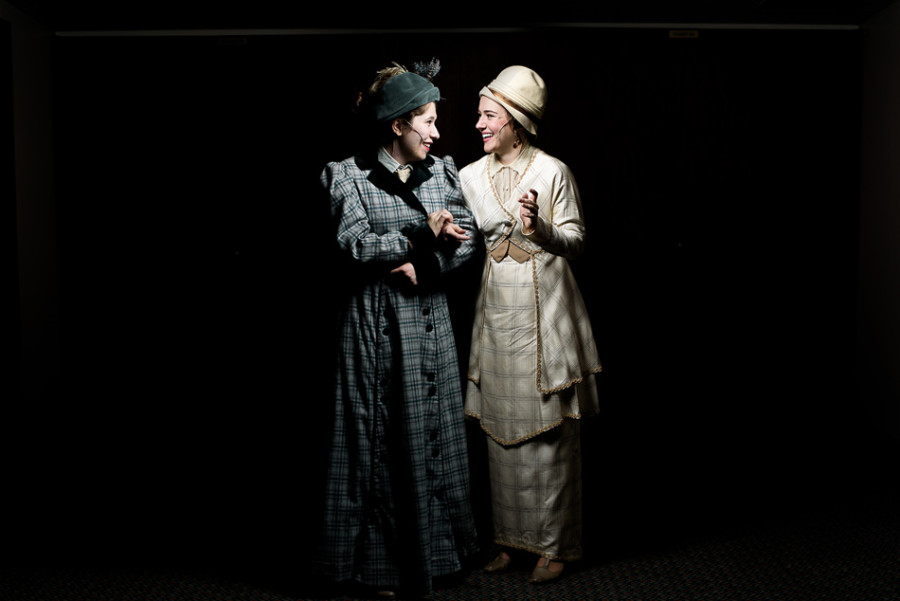 America’s largest student-produced musical will be staged on one of the most iconic ships in history.

The 73rd annual Dolphin Show opens its production of the musical “Titanic” on Friday for a two-weekend run at Cahn Auditorium.

Having produced Broadway musicals in the past, including “Shrek the Musical” in 2014, the Dolphin Show is no stranger to huge production sets and casts. However, this year the show will be even bigger.

“I think every year we try to push ourselves to do more, to go further and to really just make the Dolphin Show bigger and better,” said business producer and SESP senior Isabel Garcia. “This year specifically by choosing “Titanic,” we kind of set ourselves up for having to do something on a huge scale.”

Many are familiar with the story of the ship sinking after hitting an iceberg in the North Atlantic Ocean, popularized by James Cameron’s Oscar-winning 1997 film “Titanic.” Artistic producer Jack Eidson said what many don’t know is that the musical was released a few months earlier than the movie and went on to win five Tony Awards, including Best Musical.

Eidson, a Communication senior, said the musical and movie are very different.

“The musical is not about Rose and Jack — it’s not the same story as the movie,” he said. “They really kind of went back to the people of the Titanic. It’s really a show that’s based on the people. Just about every character in the show is based on a historical person who was on the boat.”

Actor Ross Cohen, who plays the role of John Jacob Astor, the richest passenger on the Titanic, said much of the show is about the different class distinctions of the people aboard the ship.

“In addition to being a status symbol for these millionaires and the first class who wanted to be on its maiden voyage, (the Titanic) was also just a way to get from Britain to America for poor third-class immigrants who just wanted to make that journey,” the Communication freshman said.

As far as musical numbers go, director and Communication senior Brendan Flynn said “Titanic” contains songs great for storytelling. Cohen said his favorite number is “Lady’s Maid” from the first act, where third-class passengers talk about their hopes about their arrival in America.

For Garcia and Eidson, nothing beats the opening sequence.

“It spans for about 18 minutes as they’re launching off to the ship, and it’s just so cool to be introduced to all of the different characters,” Garcia said.

“It just brings an incredible energy to start off the show,” Eidson said. “I think it’s a great kind of trailer for the rest of the show that you’re about to watch.”

Flynn said he is most excited for opening night and is looking forward to show off the cast and crew’s hard work.

“Dolphin is such a great thing in that so many people across campus come together to see it,” Flynn said. “I hope (expectations will) be not only met but people are going to come away being really impressed with what the people who put this together at this year’s show were able to do.”