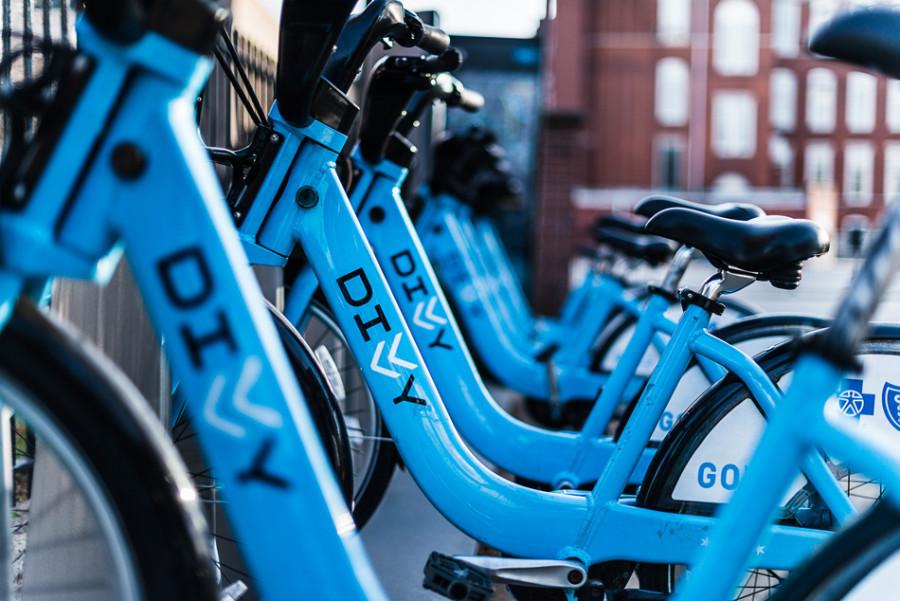 Divvy, a bike-sharing service, has many locations in Chicago. ASG and the University discussed bringing the bike stations to campus last week.

Associated Student Government and Northwestern administrators discussed the possibility of bringing Divvy bike-sharing stations to campus last week. A survey was sent out Jan. 14 to students and Evanston residents on 17 possible locations for the stations, at least two of which are located near campus.

Eight specific locations will be chosen in April or May after city staff makes its recommendations to City Council for approval at a meeting Feb. 23. However, the University is interested in adding stations to campus in the future, regardless of whether Evanston chooses to install the stations, said Kevin Harris, ASG vice president of community relations.

“We do recognize there’s only eight stations in this first batch so we’re in the process of figuring out if Northwestern will bring a spot of its own,” the Weinberg junior said. “That was the conversation we’ve already started to have, regardless of what the city might decide.”

Harris said ASG is currently promoting the survey, which will close Jan. 31, to get a better idea of how students would use the service. He said “a long-term plan is to connect students to Chicago,” which also hosts Divvy stations. However, he said, any plans for the University to independently install stations will be put on hold until the city-funded stations are chosen and they’ve “evaluated what’s best for Northwestern at this time.”

“Would students buy into this?” Harris said. “Would it be useful for students? Is this something Northwestern wants to invest in?”

“We will definitely be looking into how we can work with the city on what exactly that location or locations will look like,” he said. “We think it’s a great partnership and we know the benefits it can provide for students and faculty.”

Whittier said if one or both of the campus locations are chosen, they will most likely be installed during the summer before students return in the fall.

During a meeting at the Civic Center on Jan. 13, community members were given the chance to weigh in on the potential locations. The eight stations will be funded by a grant the city, along with Chicago and Oak Park, received from former Gov. Pat Quinn in September. Ylda Capriccioso, assistant to the city manager and bike programs coordinator, said although there is only funding for eight stations, she hopes Evanston will continue to work with bike-sharing in the future.

“Our goal is to build a good background on the bike share program in Evanston so we can secure funding for additional stations,” she said.

For now, Harris said, ASG and University representatives are still in the investigation stage of bringing Divvy bikes to campus.

“We haven’t had the chance to talk with high level administrators yet who ultimately would be involved in a decision like this,” he said. “We’ll keep an eye on how this survey goes.”

Previous stories on this topic:
Evanston residents weigh in on Divvy bike-share programs
Bike-sharing program Divvy to expand into Evanston