ASG considers proposal to include students on Title IX hearings 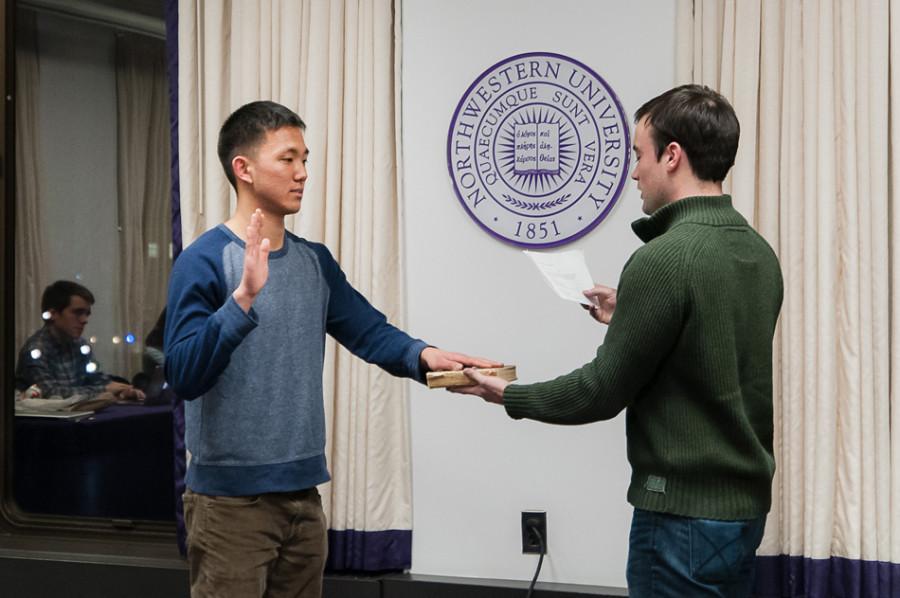 Northwestern took students off its Title IX hearing committees after White House officials said in an April report that students should not be included on the committees.

The legislation was discussed at the Association of Big Ten Students conference at NU this weekend by representatives from ASG and other Big Ten school student governments. If ASG passes the legislation, which it will likely vote on next week, delegates will lobby in Washington, D.C., in the spring in favor of including students in Title IX hearings nationwide.

The White House based its report on feedback from task forces on college campuses. The report recommended removing students from sexual assault hearings to protect students who reported sexual assault from encountering other students they knew at the hearings, said SESP junior Chris Harlow, student life vice president.

Although they are trying to create a comfortable atmosphere, “adults don’t fully understand the view of students on campus,” he said.

In her explanation of the proposal, ASG President Julia Watson said students would help keep the hearing process of sexual violence fair and balanced, particularly if students have received training prior to the hearing.

“Students provide valuable perspective as peers that faculty and staff cannot,” the proposal says. “They relate to the student experience directly and provide insight during questioning and discussion.”

“What I’m proposing is a more expansive internal policy for ASG, not changing University policy,” the Weinberg senior said. “More and more people should be protected under law to protect against harassment and discrimination.”

Karahalios said though this idea won’t elicit immediate action or a particularly noticeable change, “it has symbolic value.”

“Even if it was just that alone, I think that is worthy of being enshrined into the constitution we have for students,” he said.

Senate also discussed changing the procedure for off-campus elections. At last week’s meeting, senators passed legislation to have an election for off-campus senators in conjunction with the ASG presidential election.

The suggested procedural changes would amend the ASG Code and will likely be voted on next week. Other proposed election changes include banning sidewalk fliering and changing the length of presidential campaigns from seven to 14 days.

There was some disagreement over how long campaigns should be – while last year’s seven-day campaigns saw a decrease in 2,000 voters from the previous year, a two-week campaign seemed too long to some senators.

“Two weeks is a long time to devote all your energy to getting elected,” said Weinberg junior Jonathan Kamel, who represents the Interfraternity Council. “We have to think about maintaining the sanity.”

During the meeting, senators unanimously confirmed Weinberg junior Kenny Mok to replace McCormick senior Alex Van Atta as vice president of student groups. Mok has been involved in several student groups and has held several roles within ASG, including being an executive for the student groups committee.

Mok said his four major goals for the quarter are redefining what a group executive can be, supporting “non-normal” groups such as theater groups and student publications, keeping a comprehensive database of what groups are doing and connecting and advocating for these groups.

“I’m really there to offer my opinion and speak up for students,” Mok said. “I think my past experiences speak to my ability to work with other people. My strongest characteristic is I really value individuals capabilities.”