Daily editor remembered for her commitment to journalism, teaching 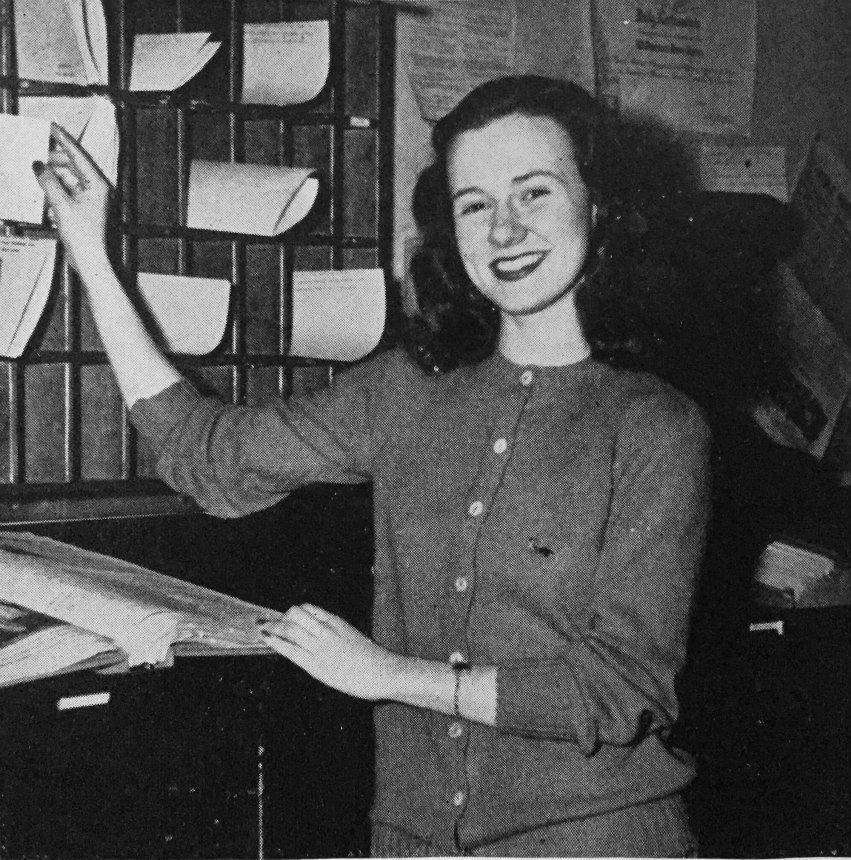 Lois Claus, one of The Daily’s first top female editors, led the paper during World War II, when many male students were serving in the armed forces. Claus, 89, died Jan. 10.

During her journalism and teaching careers, Lois Claus (Medill ’46) was known as “just a stereotypical Mrs. Claus, a little white-haired lady with the twinkle in her eyes.”

“Journalism was always her entire life,” said Claus’ daughter, Nancy Claus. “She was always concerned she wasn’t doing a good job, but she always was.”

Claus, 89, died Jan. 10 in Hilton Head Island, South Carolina. A memorial service was held on the island on Jan. 15.

During her time at Northwestern, Claus served as one of the first female editors-in-chief (then known as managing editors) of The Daily Northwestern. She was also active in her sorority, Chi Omega. While attending the University, Claus would frequently write letters home detailing her experiences with her sorority, The Daily and other activities she was involved in, Nancy Claus said.

One letter described an incident where, after the University decided to raise tuition, students skipped their classes to gather at The Rock and protest.

“The Daily, of course, is in the thick of it,” Claus wrote. “It’s hard to be radical one way or the other if you don’t have all the facts.”

Nancy Claus attributed the burgeoning female leadership at The Daily starting in the mid-1940s to the fact that many male students went off to fight in World War II.

Lois Claus was born in Indianapolis in 1925. After attending NU, Claus received a teaching degree from the University of Notre Dame in 1963. Claus taught high school English and journalism in Indiana for 27 years.

Even after retiring from teaching, her daughter said, Claus was committed to journalism. She spent two years copy editing at a newspaper in South Bend, Indiana, and worked as a freelance writer and editor after moving to Hilton Head Island.

Nancy Claus said the family has received an “outpouring of support” from those who knew Claus.

“Her Facebook page has a lot of people saying ‘The reason I got into teaching or journalism was because of her influence,’” she said. “It was very heartwarming. … Everyone has come up to me and said my mother was the one who took them under her wing.”

Marty Steffens attended college with Nancy Claus and said she got to know Lois Claus over the course of 40 years. Steffens recalled an instance where, after learning of a book Steffens had written, Claus immediately purchased it.

Nancy Claus said even during the last years of her life, Claus remembered and supported the NU community.

“What a great woman she was, what a great teacher she was,” she said. “She had an impact on a lot of people.”