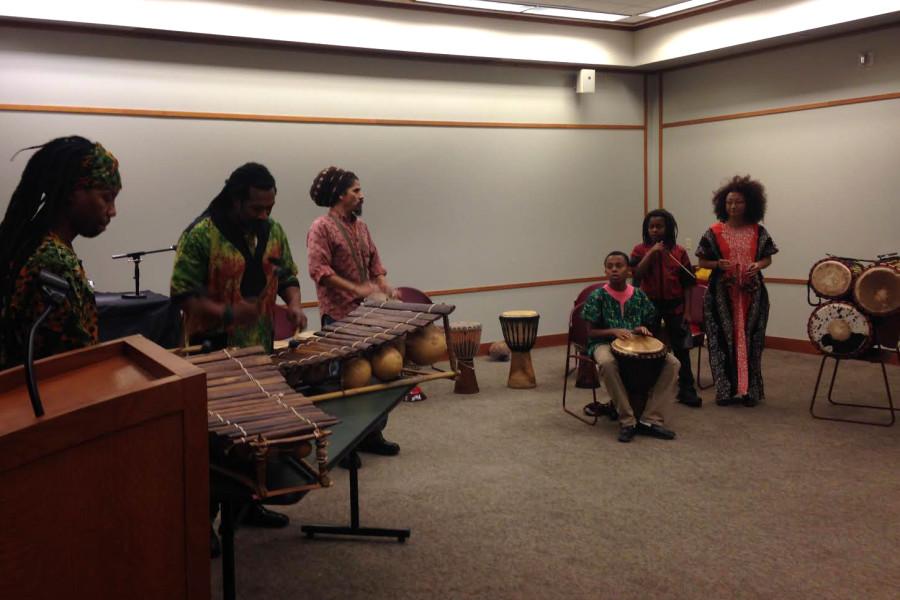 S.O.U.L. Creations Inc. performs at the "11 Months of African American History Wrap Up Celebration." The Evanston Public Library's 11-month series ended today with a celebration that included dance and a reading from an August Wilson play.

A performance from S.O.U.L. Creations Inc. and a reading from an August Wilson play led the wrap-up celebration of the Evanston Public Library’s African-American program series.

The program “11 Months of African American History” began in March. EPL offered at least one African-American history program or event each month, including speakers and book discussions. The series, which ended Sunday, had 34 events in total.

Lesley Williams, EPL’s head of adult services, originally had the idea for the “11 Months” series. Williams said people always asked her about the library’s programming for February, which is African American History Month nationally.

“I thought, ‘Why is it that we’re taking this wonderful, rich culture and trying to cram it into the shortest month in the year?’” she said.

The goals for the series included diversifying program attendance and encouraging community conversations around race, Williams said. From there, the library reached out to organizations in the community to become partners in the series and garnered support from organizations such as the YWCA Evanston/North Shore, Fleetwood-Jourdain Theatre and Northwestern’s Alice Kaplan Institute for the Humanities.

The Sunday event, which had about 70 attendees, was not only a celebration of all the events from the past 11 months, but also a celebration of Martin Luther King Jr. Day. S.O.U.L Creations, an Evanston-based nonprofit that works with youth, performed African dances, including the manjani, a dance that celebrates an event.

During their performance, the group of seven from S.O.U.L Creations brought up about 20 volunteers to learn basic dance moves and drum beats.

Heather Sweeney, an Evanston resident, brought her children to the event in part because of the quality of the program, including the dance aspect of it.

“We talk a lot about racial justice issues, and I think for them to come to something like this and see other people in the community supporting it as well is important,” Sweeney said.

With the end of the “11 Months” series, Williams told The Daily she hopes this kind of diverse programming gets integrated into the other events offered at EPL. Upcoming events at the library include events focused around Asian, Mexican and LGBT culture, she said.

Williams said she thought the series as a whole was successful. Not only did it include events inside the library, but also it led to greater community involvement outside of the library because of the organizations that EPL partnered with, she said.

“This has been truly the most wonderful year of my life here at the Evanston Public Library,” Williams said during the event.