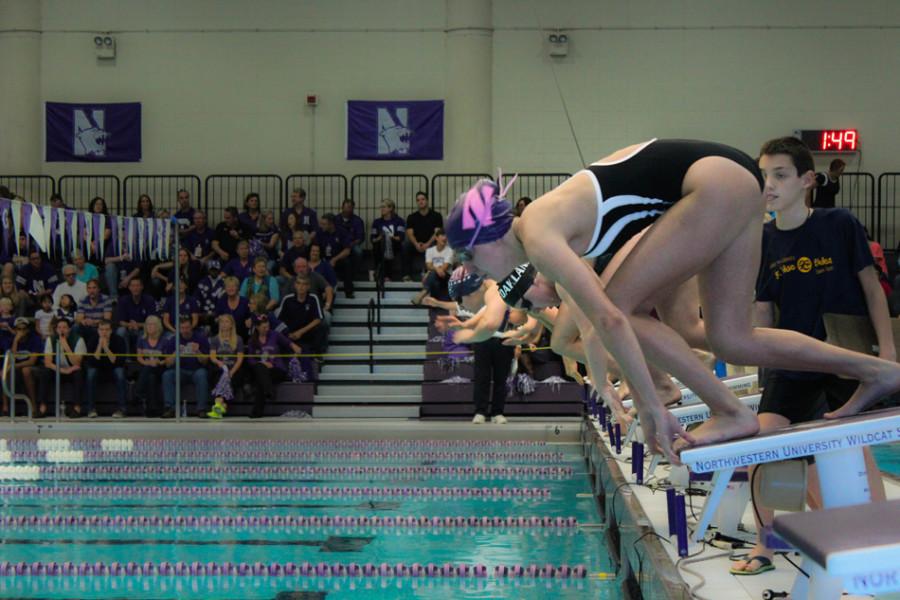 It was a busy winter break for the Wildcats, as the team traveled to Boca Raton, Florida, to take part in extensive training sessions down in the warm weather.

But this trip to Ann Arbor started out on a less auspicious note, as an accident on I-94 caused the bus ride to be a seven-hour endeavor.

That lack of practice showed in the Cats’ first event. The Fighting Irish took two of the top three spots in the 200 medley relay in their dual meet against NU to jump out to the lead. But the Cats adjusted from there.

But Notre Dame battled back, and the Cats were a bit on the ropes in the middle of the meet.

“We had a decent deficit halfway through the meet, and we talked about it first break,” coach Jimmy Tierney said. “[We] basically said it is possible for us to come back, and that’s what our goal was.”

Indeed, NU came all the way back. Highlighted by high finishes from sophomores Lacey Locke and Lauren Abruzzo in the 200-yard backstroke and the 500-yard freestyle, respectively, the Cats crawled closer.

And they closed the deal in the last event, with the top two finishes in the final relay against Notre Dame affording them the points they needed to win.

The Cats never truly competed with the highly-ranked Wolverines, but Tierney was ecstatic about his team’s performance in Ann Arbor.

“That was the best that we’ve performed on that trip to Ann Arbor, in maybe 15 to 20 years,” he said. “It was very, very exciting especially with the young crew that we got, some of the young people doing some of the major damage for us at the meet.”

“This is probably the best dual meet that we’ve had during the course of this season,” Schroeder said. “Still not where we want to be but for the most part, the majority of our guys stepped up at the meet and swam fast.”

Senior William Rosler emphasized the importance of the victory over the Fighting Irish.

“It was a huge win for us, I know we all swam pretty well and came together to get a big win.” he said. “It was especially important for the seniors, because we haven’t beaten Notre Dame in our four years here, so that was really great.”