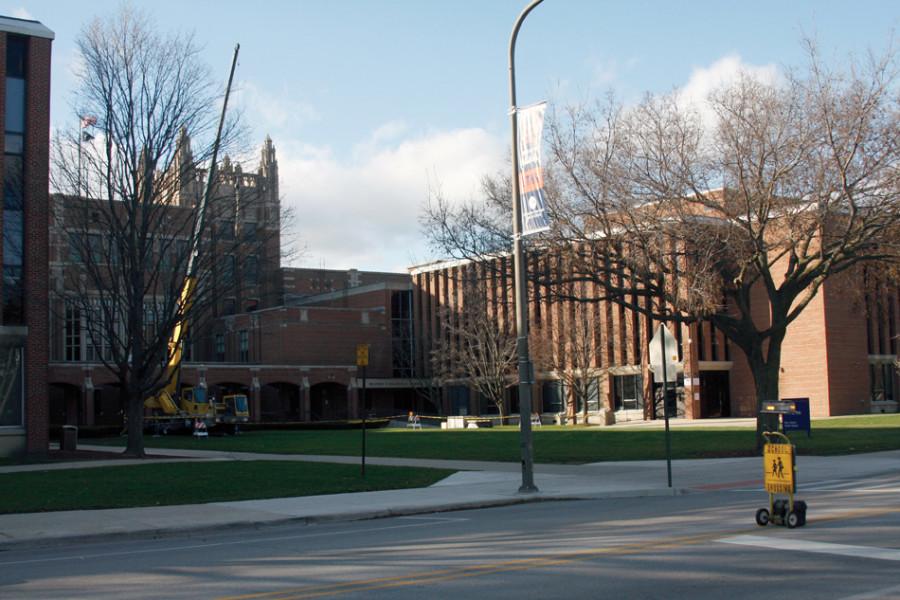 Evanston Township High School is often ranked relatively high compared with other public high schools in the state. Illinois as a whole received a “C” in education from an Education Week report released last week.

The education report produced grades for the 50 U.S. states and the District of Columbia, with a focus on outcomes rather than policies. This year, the nation as a whole earned an overall grade of “C.” Illinois was ranked as No. 17 out of the 50 states and Washington, D.C.

Despite the state’s average grade, Evanston schools continue to be ranked relatively high in the state by other assessments. Evanston Township High School was ranked number 14 in the state by Niche in the education analyst group’s 2015 rankings.

Although the ETHS administration does pay notice to rankings, it relies more closely on a statewide survey called the 5Essentials Survey sent out to students, faculty and parents and internal parent surveys as instruments for continued improvement, said Peter Bavis, District 202 assistant superintendent for curriculum and instruction.

Bavis explained that the metrics and algorithms used for ranking schools tend to differ for each source, so ETHS, for the most part, examines the data from this personally-conducted survey.

“We use the mechanisms more than we would use external ratings because you can really get into the details and change practice when you have the internal data collection,” Bavis said. “The ranking is the after-effect.”

According to Niche, 66 percent of students at ETHS are considered proficient in math and/or reading by state standards.

Since acknowledging an achievement gap among students, ETHS has increased access and success in Advanced Placement classes and created more student support systems such as a peer-to-peer mentorship program, Bavis said. In the past four years, ETHS has reached record highs of top scores on AP exams in school history.

Evanston/Skokie School District 65 Board Member Claudia Garrison said District 65 still has its challenges with the existence of the achievement gap, a number of students with free and reduced lunch and with difficult home environments and an increasing homeless population.

She said Evanston has been a big supporter of universal preschool, in accordance with Chicago Mayor Rahm Emanuel’s educational agenda for the city.

Garrison said the bigger problem of Illinois’ education performance lies in low school funding on the state level that leads to disparities among school districts in how much they spend per pupil. Illinois needs to adopt an equitable funding formula for districts to get the chance to improve, she said.

“The state of Illinois owes everyone, regardless of where they live, a good education, but that to a large extent depends on how well you can fund that education,” Garrison said.

According to the 2015 report, Illinois receives a “C+” in school finance, with a rank of 14 in the nation.

Bavis mentioned his surprise at the high ranking in finance because of Illinois’ history with school funding issues. He said looking at the opportunity gap as a generational problem and working against it have driven improvement at ETHS.

“We’re about innovation and increasing the  academic trajectory of each kid,” Bavis said. “We have great learning institutions as neighbors like Northwestern, great business, community, diversity and a commitment to excellence and equity. If you’re going to do it anywhere, it’s going to be Evanston.”