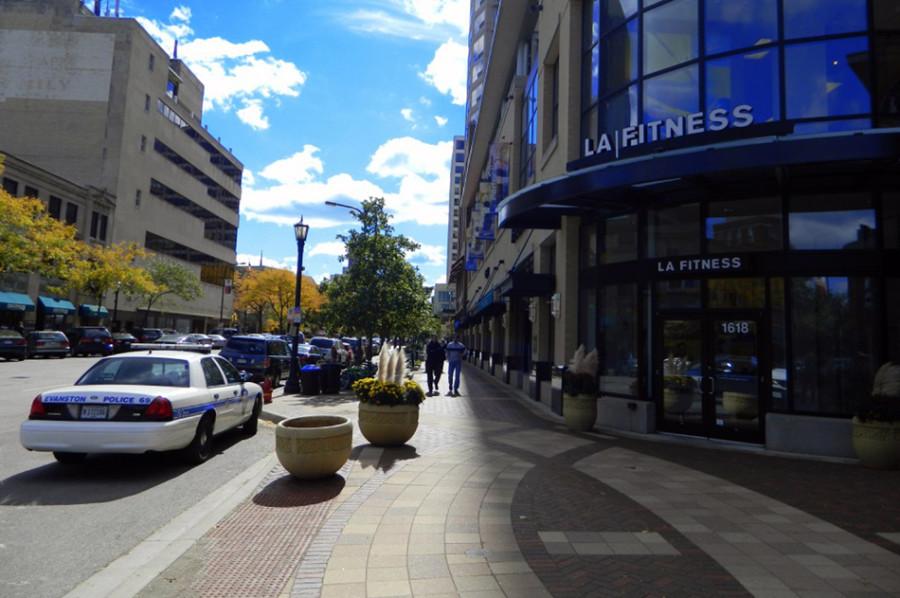 Evanston police say they will consider adopting body cameras once such cameras are made explicitly legal in Illinois. Police departments across the country are considering body-worn cameras in the aftermath of a police shooting in Ferguson, Missouri.

In the wake of national debate over law enforcement practices, Evanston police say they will consider adopting body cameras for officers when such cameras are explicitly legalized in Illinois.

“I do think the day will come where we will be using them in Evanston in the next two to three years,” Evanston police Cmdr. Jay Parrott told The Daily. “I think that’s going to be the standard in law enforcement.”

The shooting death of black teenager Michael Brown by a white police officer in Ferguson, Missouri, launched a national conversation about the use of cameras in law enforcement. In December, President Barack Obama called for $263 million from Congress to make 50,000 body-worn cameras available to police. Since then, police departments throughout the country have reconsidered their use of surveillance technology.

Illinois formerly had one of the most stringent eavesdropping laws in the nation before the state’s Supreme Court struck down the law in March. In December, the General Assembly replaced the eavesdropping law, which regulated audio surveillance, with a more flexible law that doesn’t directly address body cameras.

There is debate among law enforcement as to whether the use of such cameras in the state is legal.

State Rep. Elaine Nekritz and state Sen. Kwame Raoul, who sponsored the legislation that replaced the eavesdropping law, are drafting legislation to regulate police body cameras. They hope to bring a bill before the legislature this year, said John Amdor, a spokesman for Nekritz.

Amdor said the current law does not forbid the use of body cameras but also does not provide guidelines for police departments that wish to implement them, something the new legislation will aim to address.

“There are a lot of questions when you think about this issue,” he said. “When is the camera on, when is it off? What type of data storage requirements are there for the footage? Who is allowed to access the footage?”

Proponents of body cameras note the technology’s ability to verify citizen complaints regarding police abuses of power and to protect officers from baseless accusations.

“We recognize there is an inherent value in the ability of law enforcement officials to actually know what their officers are doing on the streets when they interact with civilians,” Yohnka said. “Our view is that we ought to put in place some statewide protections about body cameras.”

Discussion about body cameras has begun in Evanston as well, but Eddington said no changes would occur without a public conversation on cost and privacy concerns.

Yohnka said the ACLU would prefer that police departments wait for laws regulating body cameras to be passed before starting camera programs.

Elgin, Illinois, began a pilot program for police body cameras roughly a year ago, said Bill Wolf, deputy chief of the city’s police department. The western suburb equipped its SWAT team and a handful of other officers with body cameras worn on the officers’ vests.

Elgin Police Department’s program is still in its pilot phase, and the department does not have set rules for how long the video captured by the cameras is stored, Wolf said. Officers turn on the cameras — which cost upwards of $200 per officer — when they interact with civilians, but Wolf said so far the cameras have not recorded any serious altercations between officers and residents.

“We have not had a situation yet where the camera was being used on a critical incident where it really helped the officer justify something they did,” Wolf said.

Although Evanston does not currently use body cameras, most of the EPD’s cars are equipped with dashboard cameras, Parrott said, which are used to monitor traffic stops. In addition, whenever the Taser’s safety is switched off, Taser cameras automatically capture both audio and video footage.

Ald. Jane Grover (7th) said the City Council has not yet discussed equipping EPD with body cameras, but she said if the issue does come before the aldermen, she will weigh the costs of equipping the officers with cameras against the benefits.

She said she thinks Evanston police officers have a relatively good relationship with the community, adding that unlike in Ferguson, the racial composition of the department roughly matches that of the city.

“The Evanston police really do look like the community,” Grover said. “We’re not Ferguson. That’s for sure.”