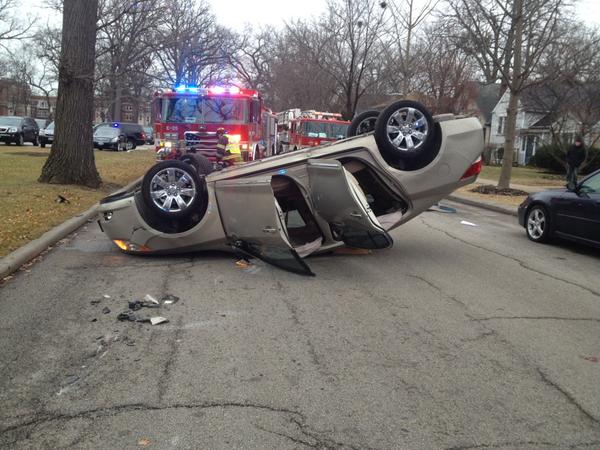 A car rolled over in the 2600 block of Grant Street on Wednesday after veering off the road and hitting a tree. The driver, an 81-year-old Evanston resident, was transported to Evanston Hospital with minor injuries.

An Evanston man was injured Wednesday afternoon when the car he was driving hit a tree and flipped over, police said.

Authorities responded to a car crash in the 2600 block of Grant Street at about 2:20 p.m., police said.

The car, driven by an 81-year-old resident, veered off the street and hit a tree, causing it to flip over, Evanston police Cmdr. Jay Parrott said.

Fire officials were able to extricate the driver from the car at about 2:30 p.m., according to a tweet from the Evanston Police Department.

There were no other passengers in the car and no other injuries were reported, Parrott said. Officers are currently investigating the cause of the crash.