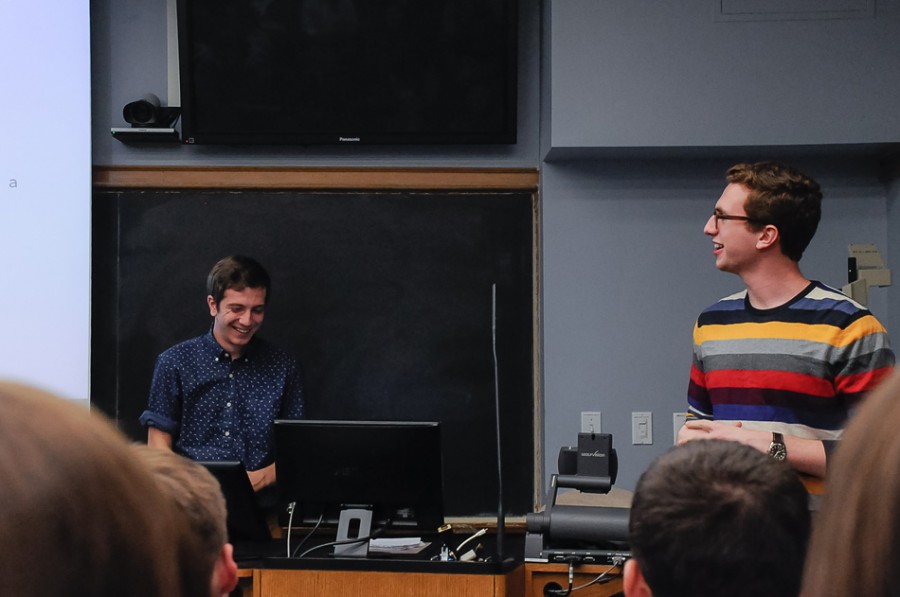 Northwestern Men Against Rape and Sexual Assault gave an open presentation to about 30 students Tuesday about sexual assault, rape, consent and how they relate to NU’s campus.

“MARS on campus tries to have a dialogue about how we can create a healthier and safer culture,” said SESP junior Jonathon McBride, MARS President. “We’re an all-male group, so we try to look at issues from a men’s perspective and see how we can get men involved in the discussion.”

Organizers screened a video depicting a man repeatedly approaching an intoxicated woman and then eventually leading her into a bedroom where she is unable to give consent. After the video, McBride encouraged the audience to discuss how bystander intervention could have helped the victim of the implied sexual assault.

“How does this apply to us?” McBride said. “Is it realistic? Could it happen here?”

McBride’s questions were met with a resounding yes from one student, who said this kind of situation happens at NU “every night of the week.”

This conversation led to the topic of “accidental rape.” Communication sophomore and MARS public relations chair Will Altabef, who led the discussion with McBride, said although many believe most victims of sexual assault do not know the perpetrator, the opposite is actually true.

“What we see more frequently is something called ‘acquaintance rape,’” Altabef said. “It’s not the stranger in the bush. It’s someone who’s maybe seen them once at the Deuce before and sees them again.”

McBride stressed that accidental rape almost never happens. He cited several statistics, including the fact that nine out of 10 campus sexual assaults are committed by serial rapists, who commit six rapes on average.

McBride and Altabef presented two different sexual assault-related scenarios and included the audience in a discussion about different ways they could handle them. One student suggested that someone who is concerned with a friend making unwanted sexual advances could divert the friend’s attention elsewhere so the other person would be able to leave the situation. However, McBride acknowledged that “social dynamics don’t always make it easy” to intervene in such situations.

To conclude the presentation, McBride and Altabef discussed supporting survivors of sexual assault and rape and addressed the role that alcohol plays in hookup situations.

“Alcohol is a grey area,” McBride said. “Consent has to be active and ongoing at the time of the act. Saying that you are going to get drunk and have sex with someone that night doesn’t mean that you will want to later.”

MARS training chair Chase Brewster said the organization traditionally only presents to male students, but they wanted to include female voices in the conversation this year.

“I feel like it’s really important to not just tell guys how to not rape someone, but also to focus on rape culture and make everyone know the message we’re trying to send,” the Weinberg senior said.

McBride said MARS held the presentation because the “statistics are there to back it up.”

“College campuses have a really high rate of sexual assault,” he said. “We want to add to that discussion and make a healthier and safer campus for everyone. Ideally, we’d present to every organization on campus.”