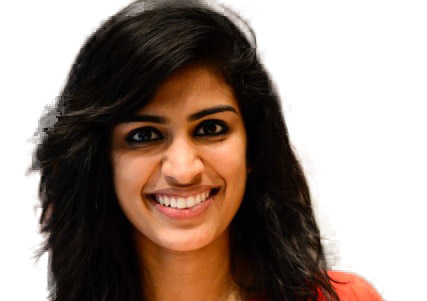 The closest I’ve ever come to suicide is seeing it in movies and television shows, reading about it and considering it.

“I was swimming. I was fighting. And then I thought, just for a second, I thought ‘What’s the point?’ And I let go. I stopped fighting,” said Meredith Grey, the protagonist in “Grey’s Anatomy.”

Grey, trying to help an injured person when a ferry crashed at Elliott Bay in Washington state, tripped and fell into the water. She pushed herself up from under the water, gasping for air, but submerged again. She struggled to stay afloat, feet kicking the water. But then she stopped kicking. She stopped fighting for her life. She let herself drown.

What doesn’t make sense to me, however, is when people tell me, “Humans always have a choice. Self harm and suicide are also choices,” and “Suicide is a cowardly and selfish way out.”

Such comments don’t only sadden me, they shock me. I keep asking myself, “How can someone say something as cruel as that?” It doesn’t make sense to me that we hurt so much and yet become so ignorant toward other people’s pain. Why is it so hard to understand suffering? Why don’t our hearts crack open when someone’s hurting?

Someone who chose suicide was clearly miserable. The American Foundation for Suicide Prevention found that around 90 percent of people who died from suicide suffered from mental disorders at their time of death, with the most common being depression.

“A brilliant but tortured individual has taken his own life, and this is a tragedy,” Dean Burnett said in his piece for The Guardian, after Robin Williams’ death. “But levelling ignorant accusations of selfishness certainly won’t prevent this from happening again. People should never be made to feel worse for suffering from something beyond their control.”

Many countries have laws against suicide, but what can these laws actually prevent? Suicide attempts for the sake of attracting attention? We throw phrases like “attention whore” around all the time. Instead of punishing, why can’t we step away from our judgments for a while and provide loving help that has the power to heal?

In ancient Greece, people who died by suicide were denied proper burial – their bodies cremated outside their towns or thrown into the sea. What good did that do apart from insulting the deceased? Did it deter people from suicide? What good does imprisonment after an attempted suicide in India, for instance, do to a person who’s clearly already disturbed?

Religion plays a great role in people’s perception of suicide. When it comes to suicide, all the verses from holy scriptures about a god’s love and compassion are forgotten and he or she is seen as a relentless dictator waiting to throw people in hell.

I want you to forget about the verses of your holy books that condemn suicide. For a moment, I want you to just focus on the endless verses that tell you how compassionate, loving and forgiving your god is.

The Quran says, “Your Lord is certainly Compassionate and All-Merciful.” The Book of Psalms says, “The Lord is gracious and compassionate, slow to anger and rich in love.” The Hindu scriptures, the Vedas, describe the deity Shiva as “the Auspicious One.” The Book of Deuteronomy says, “For the Lord your God is a merciful God; he will neither abandon you nor destroy you.”

Are all suicides the same? I don’t think so. Take someone who is paralyzed, for instance. One day you’re fine and the next day you’re not. How do you live with that?

People suffer from the kinds of pain we can’t even imagine. How can we then be arrogant enough to say their suicides were cowardly acts?

A suicide is just one piece of a puzzle we don’t understand. There’s so much more that leads up to it. We don’t know enough to pass judgments and we probably never will.

God or no god, have kindness. Have compassion. Mitigate suffering in this world. There’s too much pain in this world already to make it any worse.

Rhytha Zahid Hejaze is a sophomore studying journalism at NU-Qatar. She can be reached at [email protected] If you would like to respond publicly to this column, send a Letter to the Editor to [email protected]