Bascom: Taylor Swift is the feminist we’ve been waiting for 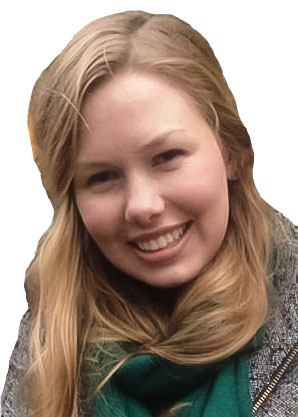 Taylor Swift has taken the media by storm in recent weeks, gracing national headlines and talk shows to promote her new album, “1989.” Her efforts have not been in vain — her latest work sold over a million copies in the first week, a milestone not seen in the music industry since 2002. Swift is not new to the public eye; since she emerged several years ago as country’s young ingenue, cameras have fastidiously documented every move in both her career and private life (though the latter lacks little distinction from her public one).

But in this media blitz for “1989,” we’ve seen a new Swift appear. Gone is the nervous teenager once subject to Kanye’s infamous “Imma let you finish” interruption during Swift’s 2009 VMA acceptance speech, or even the young woman mortified to near tears by an ill-advised Ellen segment just two years ago. As seen in her fall press circuit, a smart, poised and strong woman now stands in her place.

Swift is the rare celebrity to emerge from teen stardom unscathed. She’s developed a maturity and eloquence far greater than her industry peers and many of her non-celebrity, college-educated contemporaries. She has discovered the confidence to stand up for herself, and, remarkably, she’s been able to translate this self-assurance into a platform of advocacy for other young girls and women. In a surprising turn of events, Swift is quickly becoming a new brand of feminist icon.

Swift has a rocky history when it comes to female relationships and their representations. On the one hand, she’s managed to sustain her image as a wholesome goody-two-shoes type; on the other hand, some of her past lyrics suggest a less-than-positive attitude toward other females. Her song “Better than Revenge,” from 2010’s album “Speak Now,” was particularly criticized for its slut-shaming verses. In one line, she disparages another girl who’s “better known for the things that she does on the mattress.”

At the 2013 Golden Globes, hosts Tina Fey and Amy Poehler made a dig at Swift for her serial dating. The joke, though lighthearted, was not particularly original (her well-publicized 2013 breakup with One Direction’s Harry Styles heralded peak ridicule of Swift and her personal life), but she was visibly offended by it. In an interview with Vanity Fair soon after, Swift responded to the comedy duo’s jab, saying, “You know, Katie Couric is one of my favorite people because she said to me she had heard a quote that she loved, that said, ‘There’s a special place in hell for women who don’t help other women.’”

Swift was justified in her anger over the frequent punch lines at her expense, but her exaggerated response to Fey and Poehler did little to articulate the problem or persuade others to her defense. The reaction reveals Swift making attempts to explain her indignation in the context of feminism, but her argument missed the point. Was the joke misguided? Yes, I think so. Though Fey and Poehler are practically first-string ambassadors for celebrity feminism, they conceded their usually intelligent humor for the sake of an easy joke and a cheap laugh. Swift’s dating habits, common for numerous male celebrities her own age, have been subject to unfair scrutiny. Frankly, it’s nobody’s business whom she dates, nor is it any one else’s right to shame her for behavior perfectly normal of a young adult woman.

The logic, however, of Swift’s response – that individual women must categorically support other females’ decisions – is flawed because it assumes that a woman is precluded from criticizing another woman (for anything) by virtue of their shared gender. I believe women should advocate for the cause of womankind, but this does not entail unquestioning acceptance of and agreement with each individual’s decisions.

But Swift’s newborn maturity has dramatically altered the way she responds to her critics. In October, Swift was interviewed on an Australian radio show, where she emphasized just what is so frustrating about the constant speculation. Swift explains, “You’re going to have people who are going to say, ‘Oh, she just writes songs about her ex-boyfriends.’ And I think frankly, that’s a very sexist angle to take. No one says that about Ed Sheeran. No one says that about Bruno Mars. They’re all writing songs about their exes, their current girlfriends, their love life and no one raises a red flag there.” Couldn’t have said it better myself. Swift has even publicly acknowledged her past missteps. On her last tour, she retired the song “Better Than Revenge.”

Swift was everywhere this past week (who knew it was possible for her to be even more newsworthy than she’s been in the last few months), and not just because the 24-year-old star was on the cover of TIME magazine. Last Monday, she released the music video for “Blank Space,” the breakout hit of “1989,” in which she sings about her persistent search for “the one” despite a history of failed relationships and ensuing negative publicity. The song is acutely self-aware, showing Swift own the very boy-crazy image she’s been criticized for. The video for the catchy song dramatizes the unflattering reputation projected on her by the media. It is a parody that is at once hilarious and brilliant. I can’t stop watching it.

The “Blank Space” video is the realization of Swift’s feminist awakening. Swift has demonstrated a remarkable resiliency since she arrived on the music scene, and what’s refreshing about her career trajectory is how receptive she’s been to personal growth. I’m impressed with her willingness to acknowledge past missteps and move on from them — rarely do we glimpse such candor in celebrities. The Swift of today is a self-assured, articulate and powerful icon.

Swift is quickly reaching the Beyonce-esque status exempting her from reproach. Good luck hating her now: Not only is she a talented lyricist, she’s also a feminist inspiration.