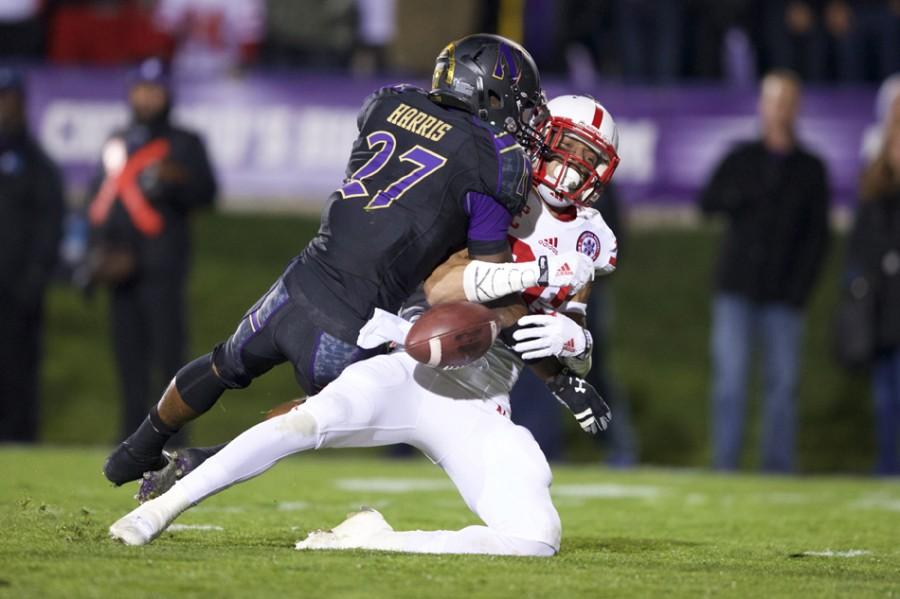 Not too long ago, cornerback was a problem position for Northwestern.

Entering this season, incumbent starters Matthew Harris and Nick VanHoose had to earn their roles.

“Last year we weren’t very good,” coach Pat Fitzgerald said this week. “We had competition. We go through basically most of the summer with really good competition. I think it helped Matt and Nick.”

A season later, the Cats start the same two cornerbacks but have had dramatically fewer problems in pass coverage. This year NU ranks 42nd in the country in passing yards allowed per game.

Harris, a sophomore, and VanHoose, a junior, have combined for three interceptions this season after none last year. The duo has played almost every defensive snap this season, a result of sudden lack of depth at their position.

Daniel Jones, who started NU’s opener last year before suffering a season-ending knee injury, retired before the 2014 season due to setbacks in his recovery. Dwight White, who replaced Jones as starter for the first half of 2013, called it quits this October shortly after learning he has only one kidney.

At times this year, the Cats have been down to three healthy cornerbacks, Fitzgerald said.

With NU’s defense battered across the field, VanHoose and Harris’ consistent health (with the exception of the second half against Penn State, when Harris suffered a scary-looking but ultimately innocuous neck stinger) has been a blessing for the Cats.

And besides NU’s 48-7 loss to Iowa on Nov. 1, when just about everyone in purple played poorly, VanHoose and Harris have held their own this season.

Fitzgerald said VanHoose has played “really well” outside of the Iowa game, in which the Cats allowed five completions of 20 yards or more.

Coach praised the junior’s ability to bounce back from the poor performance against the Hawkeyes to help shut down Michigan’s offense last Saturday.

“As a DB you have to have a short memory,” VanHoose said Wednesday. “If I would’ve come out the next game thinking about Iowa, I probably wouldn’t have had as good a game as I did (against Michigan).”

Harris, who became a starter last year midway through his true freshman season, has been nearly as good as VanHoose, a three-year starter. Though Harris was exposed against Minnesota for failing to react quickly enough on hitch routes, he’s rarely allowed receivers to beat him deep and ripped an interception from a Wolverines receiver’s hands.

Fitzgerald went as far as to compare the sophomore to one of the best defensive players in recent NU history: current Chicago Bears cornerback Sherrick McManis.

“Matt, for a younger player, a sophomore, is a really special player,” Fitzgerald said. “I’ve said it a lot, he reminds me a lot of McManis. A lot of Sherrick. A lot of pride in the way he plays. He does it every rep.”

Notre Dame presents a new challenge for the cornerback duo. Unlike most of the Cats’ Big Ten opponents, the Fighting Irish offense passes better than it runs, meaning VanHoose and Harris will need to make adjustments in preparation and prepare to stay busy.

“Game plan-wise, it’s different,” VanHoose said. “But you’ve got to come to play either way.”