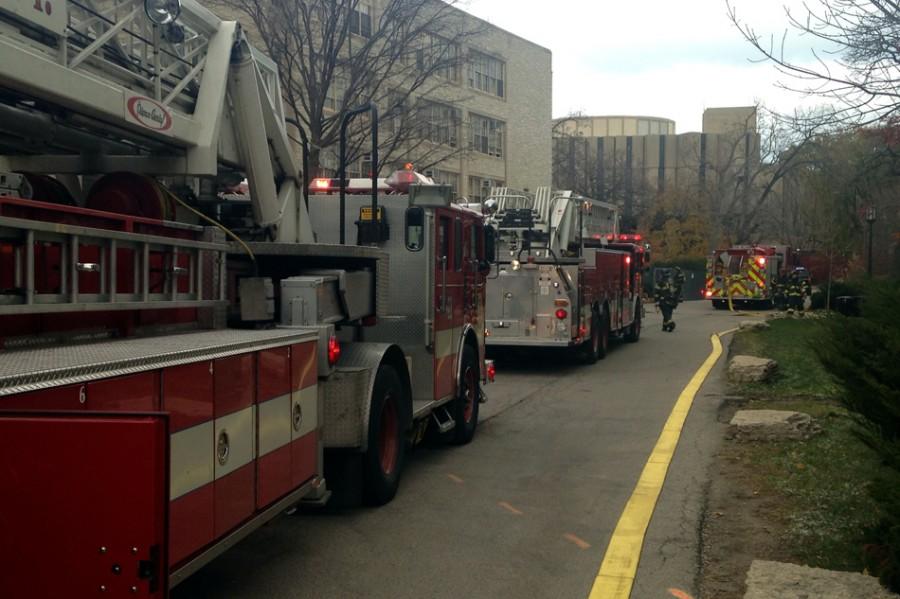 Fire trucks line up outside Kresge Hall on Thursday morning. A small fire that broke out in an electrical room was quickly contained.

A fire started Thursday morning on the second floor of Kresge Hall in the part of the building under construction, University spokesman Al Cubbage said.

Cubbage said the fire was extinguished and no injuries were reported as construction workers evacuated the building. The fire began in a mechanical room.

The fire broke out at about 9 a.m., Evanston fire Division Chief Dwight Hohl said. Sparks were produced while construction workers were handling old water pipes on the third floor, Hohl said. The sparks fell to the second floor and caused the fire to start.

Firefighters had the fire contained by 9:20 a.m., Hohl said. They were able to keep it confined to the northwest side of the building, he said.

Multiple firetrucks responded to the incident, lining up in front of the McCormick Foundation Center.

Kresge is in the midst of a two-year renovation that began in August. Most classes previously held in the building have been relocated to accommodate the construction.