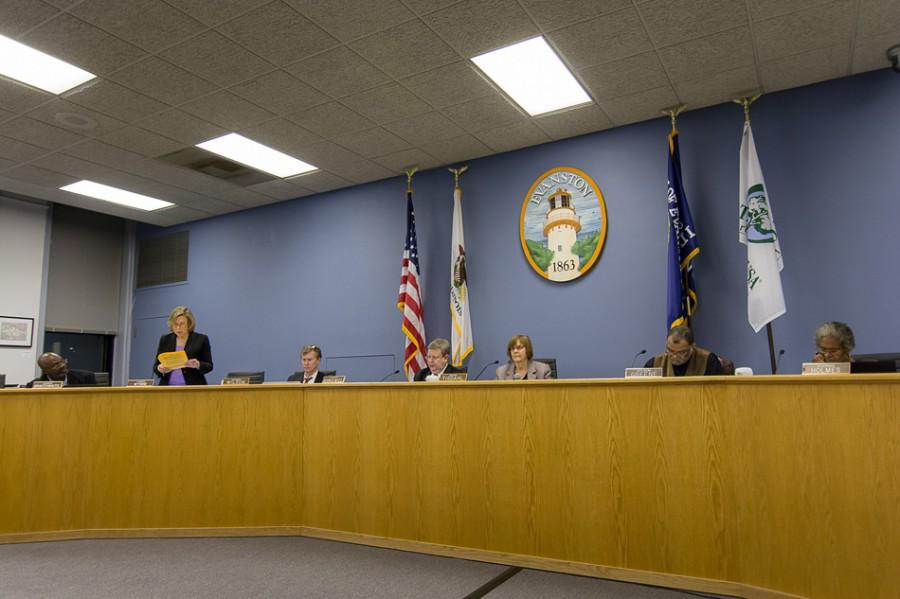 Aldermen asked city staff unanswered questions from previous meetings about the proposed budget, which totals more than $260 million for 2015. The budget boasts an increase of more than $5.5 million from the current fiscal year.

Ald. Coleen Burrus (9th) said she wanted to review the increase of the EPL levy that the library board proposed to the council.

In the 2015 budget, the library board has proposed a levy on property taxes. Currently, the levy exceeds the limit on the amount of tax funding EPL can take from residents, assistant city manager Marty Lyons said. EPL’s funding cap is about $5 million, and library staff have proposed a levy that totals more than $5.8 million for 2015, he said.

“We’re giving them benefit of the doubt saying that if you use all your levies allowed under statute, you can have this much money, which is that $5 million,” Lyons told The Daily.

However, if the library asks for more than its capped amount as it is proposing, the city can choose to reject EPL’s requested amount, city attorney Grant Farrar said. Council can agree with the board’s recommendation, reduce the levy on its own accord or continue in discussions with the board, he said.

Mayor Elizabeth Tisdahl said she wondered if there was a way to put more money into street paving because the city seems to be getting further behind each year. She asked if there could be a plan created to ensure that the city doesn’t lose more ground in improving its streets.

Since the 2015 budget looks to reduce debt, city officials could transfer the surplus funds from the current fiscal year to the 2015 capital improvements fund, Lyons said. The current general fund has a surplus of $800,000 left over, he said. Because each mile costs about $700,000 to resurface, transferred money from the current year’s surplus could repave an additional mile or half-mile, he said. This transfer has been done in years past.

“A half-mile would be terrific,” Tisdahl said.

Some council members asked city staff whether the amount allocated to the Evanston Animal Shelter, 2310 Oakton St., in the proposed budget included any private funding raised and where that funding would go. The 2015 budget currently has $35,000 set aside for the shelter. Since May, Animal Control staff have been managing the operations, and all expenses have been paid by the city, according to a memo to aldermen.

City manager Wally Bobkiewicz said any projection of private money raised, including donations, has not been included in the proposed budget.

Currently, there is a separate reserve account in the city’s general fund set aside for any money raised for the shelter, Lyons said.

“I think we’re all in the same place that we need to move forward, and I think it’s just a matter of timing,” Bobkiewicz said. “The direction of the police department and the volunteers there on a regular basis are doing what they need to do … But I think we are at the point where we need to move on to the next steps.”

Correction: Due to an editing error, an earlier version of this article misspelled Mayor Elizabeth Tisdahl’s name. The Daily regrets the error.