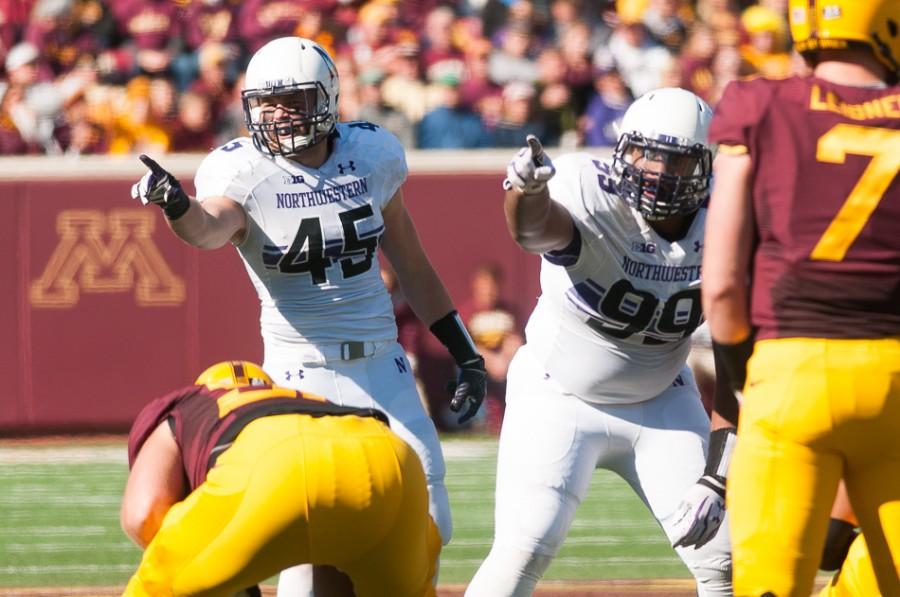 Ellis missed four games this season, including the last three, after suffering multiple concussions. He recorded 33 tackles on the season for a total of 147 career tackles.

The highlight of Ellis’ career came in last year’s season opener against California, when he returned two interceptions for touchdowns in NU’s 44-30 win over the Golden Bears. Fitzgerald praised Ellis’ leadership, saying he has taken a mentoring role with freshman Anthony Walker, his replacement at middle linebacker.

“It’s really sad and disappointing that he won’t get a chance to put on the helmet again and the jersey and go out and play,” Fitzgerald said, “but he’s had a wonderful career. He’s doing a great job passing on his knowledge, his love, his passion to Anthony and the rest of our linebacking corps.”

“Me being a young guy, you want to have somebody to follow that’s doing the little things right and who’s always been a class act guy,” he said. “Collin’s that for me, and I’m very happy to have him right next to me.”

Ellis becomes NU’s third defensive player to retire this year, following Daniel Jones, who retired because of a knee injury, and Dwight White, who retired after learning he had a rare kidney condition.