Northwestern partners with Divvy to bring bike-sharing service to campus 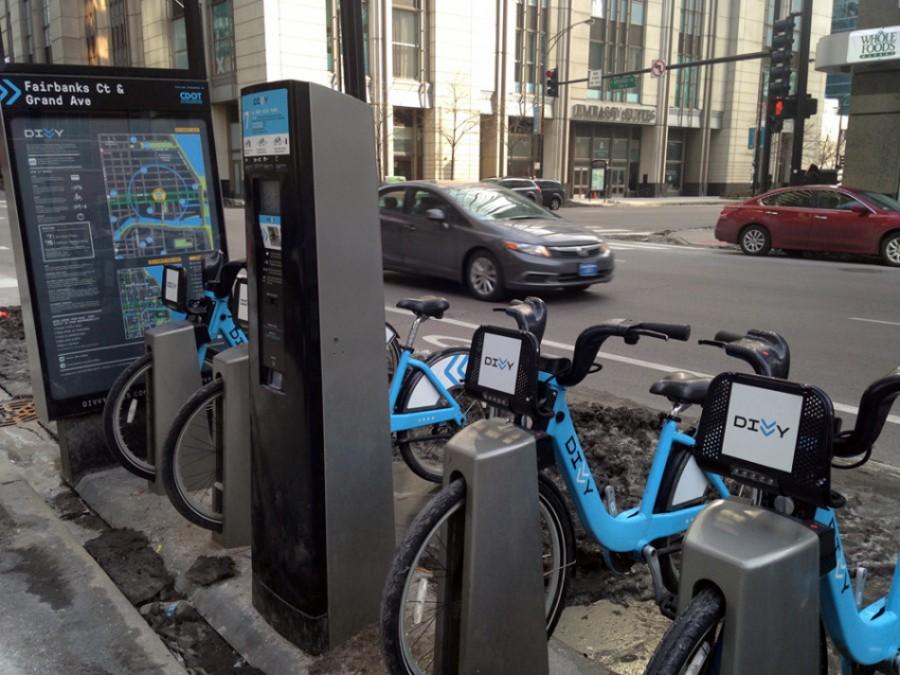 Northwestern students will be able to ride rented bicycles throughout campus. Evanston will be implementing eight bike-sharing stations in the spring as an expansion of Chicago’s Divvy Bike Share program.

As Evanston and Northwestern prepare for the Divvy Bike Share service to arrive in spring 2015, the University plans on advocating for stations near campus so students can use the service.

NU’s Office of Sustainability is partnering with Divvy, Chicago’s bike-sharing system, to offer discounts to members of the NU community. Students with a WildCARD will be able to receive a $20 discount off a $75 membership, and faculty and staff will be given a $10 discount.

Rob Whittier, director of the Office of Sustainability, said the program “opens up an opportunity for people who don’t own a bike on campus” and he said he hopes to see 100 students use the bike-sharing system each day.

“Divvy is only as effective as the network is,” Whittier said. “Having only two stations in Evanston wouldn’t be very useful.”

The Office of Sustainability has been discussing the possibility of bike-sharing for students on campus for about two years, and has seen interest in the idea, Whittier said. However, the office wanted to see what Evanston was considering before they chose to implement a separate bike-sharing program.

In October, Evanston received a grant from the Illinois government to create eight Divvy stations in the city, bringing bike-sharing to Evanston for the first time. Divvy allows people to take a bicycle with their pass from any station. People then have 30 minutes to return the bicycle to either the same or another station.

The city is currently looking for community members to partner with Divvy in Evanston by investing in individual racks or sponsoring the program, with NU as one of those partners.

“If Evanston wasn’t going to do Divvy, they wouldn’t be my first choice,” Whittier said. “But now that we know what they are, that elevates the pros of doing a Divvy-like program.”

Whittier said the reason Chicago’s bike-sharing program works well is because it’s “ubiquitous and widespread.” He added that he appreciates Divvy’s reliability.

“They make sure that the bikes are always working,” he said. “If a bike isn’t working, you report it and they come fix it or replace it. If one rack is empty, Divvy has the data to know that it is empty, and they will come and move bikes to that bike rack.”

The bike-sharing program will also be convenient for people who use the public transit already, said Catherine Hurley, Evanston sustainable programs coordinator.

“It’s another convenient way to make trips to connect travelers to their last mile of their trip,” she said.

Whittier said he hopes that if there are a large number of users and the system is successful, the program will grow in the future.