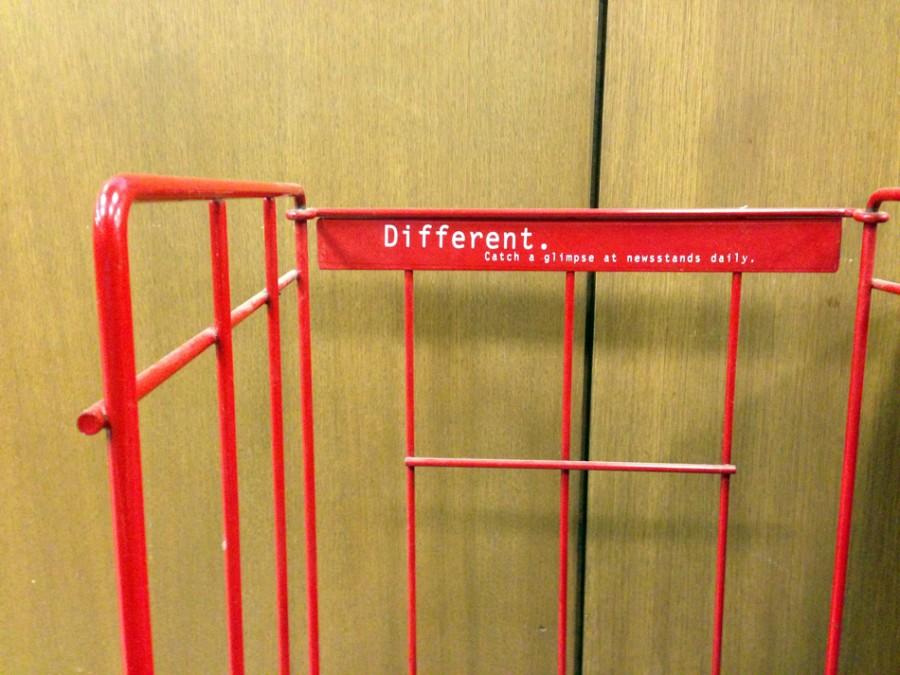 Dining halls no longer have stacks of free newspapers at their entrances. Northwestern’s free newspaper readership program with USA Today was canceled this year, ending years of newspaper supply for students.

Low pick-up rates of the free daily newspapers at dining halls have led to a cancellation of the program this year.

The program, called The Collegiate Readership Program, is run by USA Today, and brought free copies of its paper, along with the Chicago Tribune and The New York Times, to the campus dining halls and Norris University Center for several years. Before summer 2014, Residential Services terminated the program, leaving empty wire racks outside the dining halls during the beginning of Fall Quarter.

Paul Riel, executive director of Residential Services, said he found there was a general consensus to end the daily subscription.

“We’re seeing not a lot of students were using the program,” Riel said. “The distribution of the papers and cost and the fact that students weren’t using them showed this program has run its course.”

Riel said the papers’ pick-up rate was reported to be between the “low 30s to high 20s percentile.” Residential Services, Residential Hall Association and the Residential College Board spoke during the last academic year and decided the program’s underwhelming use to the student body was not worth continuing.

Riel said Residential Services is reallocating funds used to subsidize the newspaper program for other services, which he said mainly include the free laundry for students living on campus.

Medill sophomore Axel Boada said he was surprised by the disappearance.

“I don’t typically read the paper, but it was pretty nice to have when I felt like reading USA Today’s sports sections or the Tribune,” Boada said. “My first thought was, ‘what are the Medill freshmen going to do about current event quizzes?’”

Some students have expressed regret over the absence of the program, Riel said. He said many had enjoyed being able to read it during their meals.

“There’s the touch and feel of the newspaper in their hands,” Riel said. “It just wasn’t playing out in a larger scale to be something we should retain doing.”

To compensate, Riel said Residential Services is possibly looking into employing a digital version of the readership program. He believes this could be more popular and cost-effective for students, although they are still trying to figure out how to utilize a digital model for the entire student body.

Boada also said he understands the shift, and believes students in general get news from their phones and computers instead.