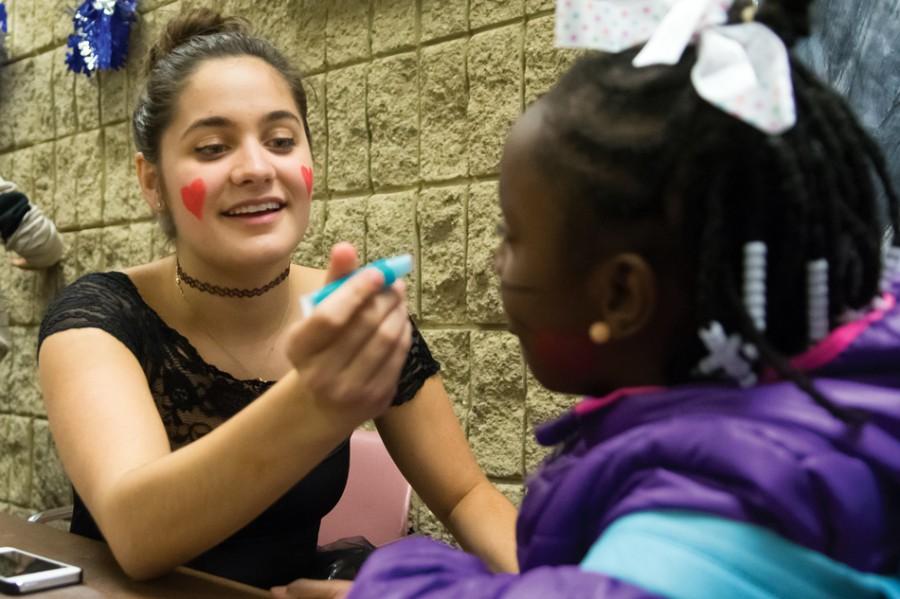 With more than 1,000 children in attendance, Project Pumpkin took over Norris University Center on Thursday night for an early Halloween celebration.

Northwestern Community Development Corps hosted its annual Project Pumpkin event, during which children from around the Chicago area took part in trick-or-treating and other Halloween activities.

At the event, 65 student organizations hosted booths, and more than 40 student chaperones volunteered, Davis said. In addition to trick-or-treating, the evening featured a haunted house and a bouncy house. Almost all second-floor rooms in Norris were given a Halloween makeover.

Several student groups were also present at the event. Groups had their own booths and organized fun activities for the participants, including face painting, ring toss and handing out Zoobooks.

“I think it’s really awesome that it gives Northwestern students the chance to interact with local students and get us to be a kid again,” Medill senior Summer Delaney, who volunteered with Dance Marathon, said.

Students were also able to volunteer as chaperones of Project Pumpkin, leading groups of children around Norris to the different activities.

Jessica Hoffen, a Weinberg sophomore, said her love of Halloween and kids were the main reasons why she chose to get involved with Project Pumpkin as a chaperone.

“I miss children,” Hoffen said. “There aren’t that many kids in college, and I loved Halloween.”

Even the parents at the event enjoyed the night out with their children. Patricia Hilkert, director of new student and family programs, brought her children to the event.

“The kids wanted to have some Halloween fun with a little NU spirit,” Hilkert said.

NCDC campus outreach co-chair Augusta Blandford, attributed the turnout at the event to NCDC’s heavy outreach efforts. The SESP senior said the use of social media and sending out flyers and information to after-school programs in the Chicago area brought about the massive turnout. In addition, the anticipation for Project Pumpkin was so large that some programs had contacted NCDC before the event for information, Davis said.

Both Blandford and Davis agreed on their favorite thing about hosting Project Pumpkin.

“Seeing all the little kids in their costumes is probably the best part,” Davis said.