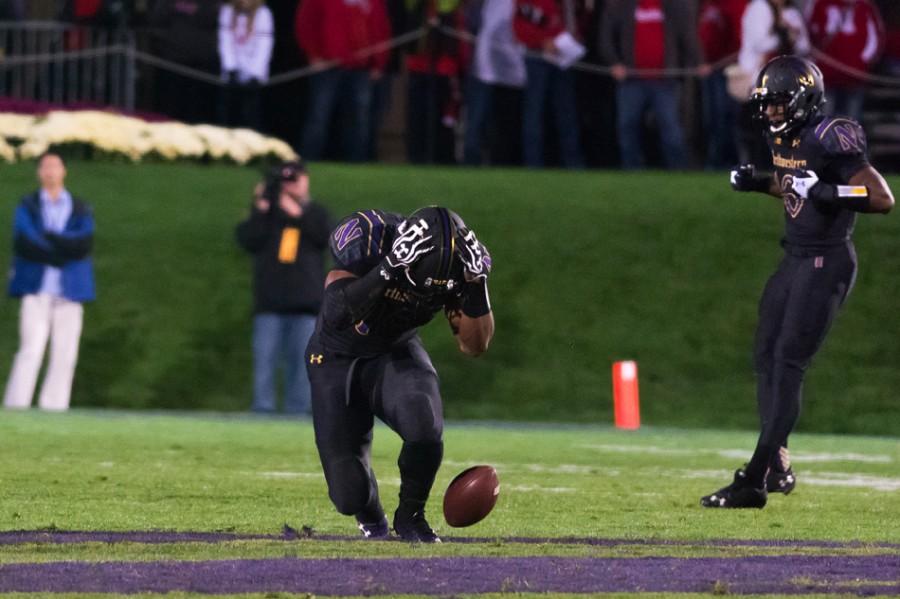 The Daily’s Alex Putterman and Rohan Nadkarni exchange emails about the Northwestern football team as it concludes its bye week and prepares to play Iowa on Saturday.

PUTTERMAN: Rohan, a lot has happened with Northwestern football since we last did this five weeks ago. That was near rock bottom, when the team was 1-2 entering Big Ten play and had beaten exactly one FBS opponent in the last year.

Since then, the Wildcats have upset Penn State and Wisconsin to give us hope, then lost to Minnesota and Nebraska to take it away.

With five games left, and three more wins necessary for bowl qualification, I can’t figure out whether we’re on an upward trend, a downward one or a holding pattern. Thoughts?

NADKARNI: This team certainly seems to be in some sort of weird holding pattern. I think it’s time for us to recalibrate expectations a little bit. I expect NU to be a Big Ten contender going into each season, but when you look at the last few years, that goal may be a little bit unrealistic.

There’s also just not much to say about this team anymore. The defense is good but can’t be counted on to take away a team’s best player. The offense is extremely nondescript. Special teams are a minus.

I’m not sure 6-6 with a bowl game is anything to write home about. Is there anything you’re excited about at this point?

PUTTERMAN: Yeah, as a matter of fact, there is.

We’ve written and spoken about this before, but there’s a group of freshmen who’ve really played well and offered hope that the future is bright. Solomon Vault scored two touchdowns against Western Illinois, Anthony Walker had eight tackles and a pick-six against Penn State, Godwin Igwebuike had three interceptions against Wisconsin and then, of course, Justin Jackson has been an absolute stud.

I hate to extrapolate too much from a freshman season because there’s so much that can go wrong in a four-year college career, but Jackson looks like he could become one of NU’s best players … ever.

He’s on pace for more than 1,000 yards rushing and has handled a huge workload without issue. Coach Pat Fitzgerald says Jackson needs to improve in pass blocking, but as far as running the ball goes, this guy is a stud and has three more years to improve.

NADKARNI: Controversial opinion: I’m a little over the Justin Jackson hype. Not saying he’s not great, but I want to see two seasons of him playing well before we anoint him as the savior. Haven’t we learned our lesson with running backs after Venric Mark? I did see JJ at Naf Naf Grill the other day, so at least the fame isn’t preventing him from mingling with the common folk.

Meanwhile, the emergence of freshmen as injury replacements reminded me, what’s with Fitz playing up the injury excuse this year? I don’t think the Cats are any worse off than any other team at this point in the season. But it seems like every press conference Fitz is hammering home how banged up the Cats are. Do you buy this reasoning at all? I’m kind of dubious it’s the injuries killing NU this year. I’d say more, but I get easily bored thinking about the Cats’ on-field product.

The injury talk always comes off like an excuse, especially because NU hasn’t actually been hit that hard by injuries this year, unlike last year when it seemed like half the team — including its two more dynamic offensive players — missed time.

There’s another side of that though. When Fitzgerald and company don’t talk about injuries, we don’t like the secrecy. In fact, Trevor Siemian has pretty consistently downplayed his ankle problems (despite Fitz playing them up), and that’s frustrating because we don’t know whether to blame his poor play on his health or his ability.

Most people seem to agree Siemian’s play is a problem, but after taking a wildly contrarian stance on Justin Jackson, are you going to do the same with the quarterback?

NADKARNI: Well, you know how I feel about the secrecy. It’s not so much that I’m complaining about the current openness, I just wonder what Fitz’s agenda is when he goes from labeling injuries to upper/lower body to now specifying Siemian’s ankle problem. Seems like a pretty big departure from last year when Fitz “hid” Siemian’s heel injury to protect him from opponents. It seems to be open season on the ankle. Would wildly contrarian mean I’m pro-Siemian? I guess I am, though. I still think he’s the best option. I mean, we’ve seen him make big-time throws in some pretty crazy situations. The 2012 opener against Syracuse comes to mind. The injury mystery is what looms here. Because I think Siemian has proved in the past he has enough arm talent to move the ball downfield and make all the throws.

I don’t think it would be a bad idea for Fitz to introduce some kind of package for redshirt freshman Matt Alviti. Perhaps he could add some athleticism to the backfield and bring back a bit of an option threat with Jackson.

Then again, it seems silly when we make suggestions. For all the Fitz criticism, he obviously knows what he’s doing. But if it’s his insane need to be risk averse preventing Fitz from trying something new, then that whole schtick is really becoming a problem and holding the team back.

PUTTERMAN: You’re such an old man, citing a game in 2012 as evidence of we should trust Siemian today.

I think we’ve seen enough this season to conclude that injury or no injury, Siemian is not good enough to lead a Big Ten contender. The way he’s played, the defense has scarily little room for error.

I’m also always hesitant to criticize Fitz on personnel matter because he sees these guys play in practice so much more than we do. That said, he does tend to be a bit risk averse, and you do wonder whether experimenting a little bit with the quarterback position could hurt too much.

Let’s end with a question of Fitz. I consider you a bit of a Pat Fitzgerald scholar, so I’m curious how you view him these days.

NADKARNI: There is no question to me that he’s the right person to lead this program. As a recruiter, as a leader, by most accounts I’ve heard, players really appreciate playing for him. I think the risk problem is what we need to observe going forward, at least the rest of the season. The Cats are certainly accumulating more talent. But on the field, they don’t do enough to tilt the scales in their favor.

Fitz is still relatively young. He has plenty of time to grow and plenty of room for improvement. Perhaps this is the latest bit of his evolution. He can joke about the stats and stuff as much as he wants, but NU’s spread offense is no longer ahead of the curve. Whether it’s a larger problem of the old, stodgy Big Ten or Fitz’s stubbornness, it’s time for his coaching style to catch up to the current trends.

PUTTERMAN: Being a great recruiter and a great leader is great, but if he doesn’t figure out the in-game stuff, the team won’t win or won’t win as much as it can. But the play-calling and fourth-down decision-making hasn’t been as troubling as it was last year. Maybe that’s progress?

It would be really nice for Fitzgerald and for the program to end this season strong and sneak into a bowl game. We will see.