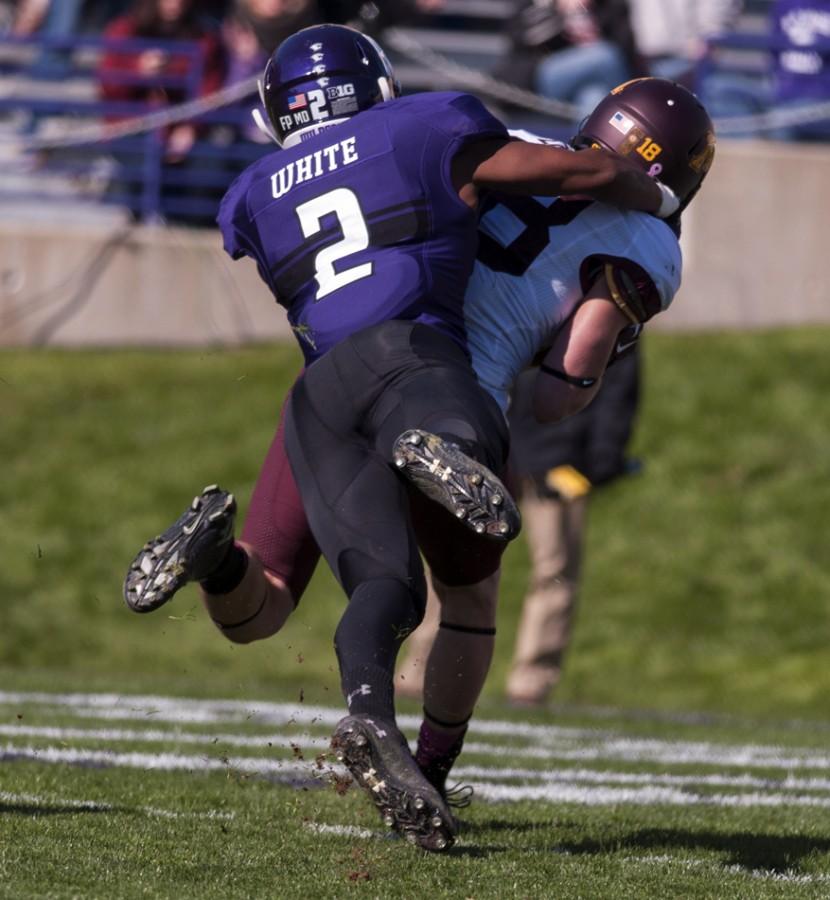 Dwight White makes a tackle in Northwestern’s game against Minnesota last year. The sophomore cornerback has decided to retire after learning he was born with only one kidney.

Northwestern announced Thursday that sophomore cornerback Dwight White, who has not appeared in a game this season, will retire from the football team due to an non-football-related medical issue.

“Being a member of the football program at Northwestern University has been a huge blessing,” White said in the news release. “It hurts knowing I will no longer wear my family name across my back.”

The Chicago Tribune later reported that White decided to retire after learning he was born with only one kidney, a rare condition known as renal agenesis that affects 1 in 750 children.

“We love Dwight and we’re proud to have him as a part of the Wildcats football family,” coach Pat Fitzgerald said in a news release from the athletic department. “It’s disappointing to lose a great teammate from the field.”