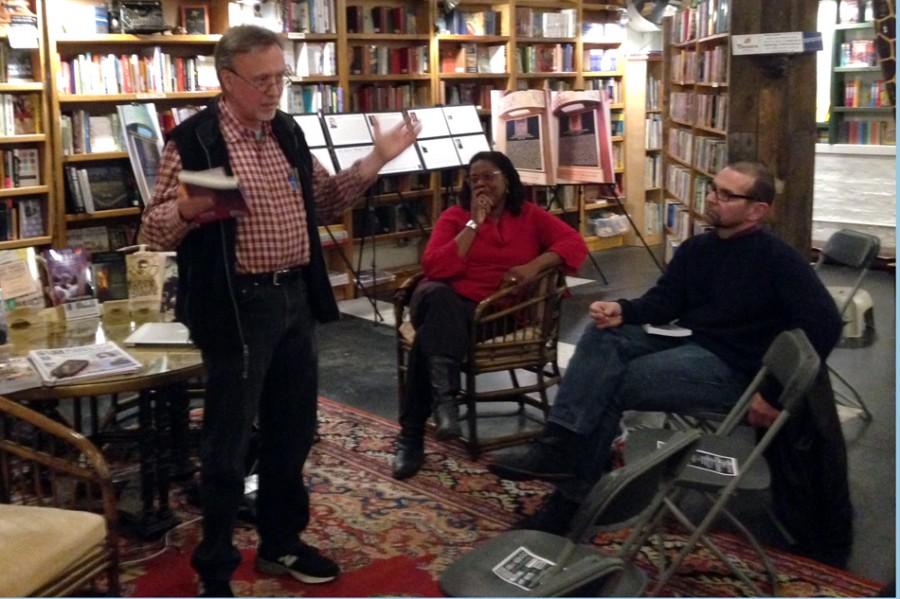 Several distinguished figures in the LGBT community spoke on the importance and challenges of recognizing LGBT history Thursday at a local bookstore.

The presenters honored historical figures in lesbian, gay, bisexual and transgender history and talked about their own work in the field in front of an audience of about 12 at Bookends & Beginnings, 1712 Sherman Ave. The event was part of LGBT History Month, which observes the history of civil rights movements for gender nonconformity and non-heterosexual orientations.

John D’Emilio, prominent LGBT historian and retired professor at the University of Illinois at Chicago, argued that knowing LGBT history is crucial in understanding how best to lead the movement.

“The history of LGBT taught us that the greatest change happens when activists highlighted change, not normalcy,” D’Emilio said. “We’ve also seen through history that the benefits of identity movements, be it LGBT, women’s rights, racial injustice, are unevenly distributed.”

“All 40 of my students know about the gay pride parade at the end of June,” he said. “They think it’s just a celebration … only two knew that they are in memory of the Stonewall riots.”

These tales are similar to the memorials presented at  Legacy Walk, an outdoor museum in Chicago that remembers important LGBT people in history. The Legacy Walk is a part of the Legacy Project, founded by presenter Victor Salvo. Salvo said he wanted to celebrate these important figures in history and their diversity in nationality and ethnicity.

“Once the LGBT community got marriage in Canada, many organizations folded because they didn’t know what to do next,” Baim said.

Keehnen said non-discrimination employment acts should be tackled next, along with poverty.

“We tend to be on the lower end of the income curve because people sacrifice their jobs to go do alternative work for the movement or try to find jobs out of the spotlight,” he said.

Audience member Larry Lesperence, adviser of the Gay Straight Alliance at John Hersey High School in Arlington Heights, shared his own difficulties in the discussion session at the event. Lesperence said he is unable to take his club to see the Legacy Walk because the parents of GSA members needed to sign a release form, an impossible arrangement for a club that is comprised mainly of closeted LGBT people.

Other audience members also said they were interested in promoting LGBT history. Deborah Scott, who came to the discussion with her wife, is planning to start a LGBT history course at Osher Lifelong Learning Institute, a participatory learning community offered through Northwestern for older, often retired, members.