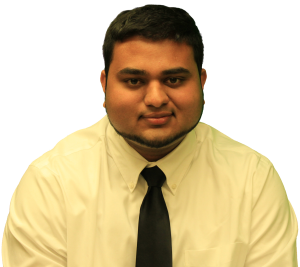 The slide in the top of the Big Ten has been discussed at length. Aside from an exciting showing from Michigan State in the Rose Bowl last season, there hasn’t been much to write home about in recent years for the conference that still fancies itself as a national powerhouse. (Let’s not forget, the Spartans’ success was also the conference’s loss, knocking Ohio State out of a potential National Championship game.)

The more intriguing question for those who follow Northwestern is where the conference’s dip leaves the Wildcats. Although the program is seemingly on the rise, a kind of “one year away from being one year away” team, NU’s lack of success in a soft Big Ten leaves a lot to be desired.

First and foremost, it’s difficult to judge the Cats’ recent “success” knowing that traditional Big Ten powerhouses — the Michigans, Penn States and Ohio States — have been dragged down due to poor coaching, off-field scandals or both. Only the Buckeyes look primed to bounce back, not coincidentally with a super-successful former SEC coach at the helm.

As a result, there’s no reason NU shouldn’t be expected to have more campaigns like it did in 2012, winning 10 games in a season as the Cats avoided Ohio State and Wisconsin on the schedule. It’s tough to justify last season when NU failed miserably in conference play.

This season, the West division is up for grabs. Even with the loss to Minnesota, the Cats can bounce back against Nebraska and still put themselves in a position to control their own destiny down the stretch.

At this point though, it’s hard for me to expect less. It’s one thing for NU to go 7-5 or 8-4 when Michigan and Ohio State are trotting out Chad Henne and Troy Smith, but for the Cats to fail to capitalize on a weak conference is extremely disappointing.

It’s why you’ll hear coach Pat Fitzgerald pump up the Big Ten whenever he gets a chance. It’s why when, after a disastrous non-conference start, it was fair to ask Fitzgerald if his team would win a conference game, then be quickly reminded how fickle this conference actually is.

At the current rate NU is going at, it doesn’t make sense to discuss the team in any sort of national conversation, when quite frankly, it can hardly factor into a pretty casual Big Ten conversation.

How much rope will Fitzgerald get? He’s far from a turning point or crossroads in his career. I don’t foresee that happening any time soon. The crutch of academics and facilities (at least for a couple more years) will always be there for him, though oftentimes (see Carmody, Bill) that crutch is only enough for so long.

But to settle for a mediocre team in a mediocre conference does not seem much better than a below-average team in a great conference. As fun as it is to make fun of Vanderbilt, who I’m shocked hasn’t written us a letter asking us to go easy on them, is NU that much further along than the Commodores were under James Franklin?

A win against the Cornhuskers means the Cats can still chase some big dreams this season. Another loss however, another mediocre season, and I think it’s fair to start asking, what happens to NU if the Big Ten becomes as good as it thinks it is?