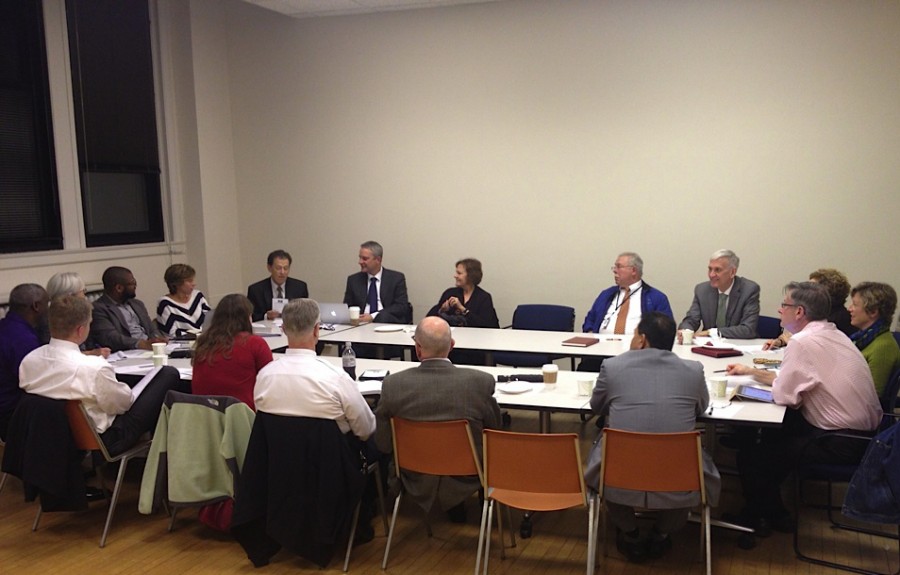 City and school officials discussed the issue of homelessness at a joint meeting Wednesday night, strategizing how to combat the growing problem.

Joined by specialists and organizers familiar with the issues on the agenda, the Evanston City-School Liaison Committee met at the Lorraine H. Morton Civic Center to discuss problems they faced and to give an update on the relationship between Evanston and its public schools. The meeting focused on issues facing the youth of Evanston and on setting objectives to improve them.

Leaders at the meeting cited a talk given by journalist Alex Kotlowitz at a luncheon on Oct. 8 hosted by community organization Connections for the Homeless as the impetus for addressing the issue.

“Afterwards some folks indicated that we really ought to lift the issue of homelessness for youth up a little bit more,” District 202 superintendent Eric Witherspoon said. “But so often we’re hit with problems and then trying to understand where the solutions come from.”

The imperative to focus on youth homelessness emerged from increasing numbers of homeless youth in Evanston school districts. The findings showed that about 350 students in Evanston/Skokie School District 65 and about 130 youth in District 202 are considered homeless. Those numbers indicate a 78 percent and 38 percent climb, respectively, from the last time data was collected, Paul Selden, executive director of Connections for the Homeless, said.

Conversation centered on how best to use the school’s direct connection to students and families in tandem with the resources of the city and community groups.

School officials at Evanston Township High School are forbidden from directly asking a student if he or she is homeless, associate principal Paula Miller said. This and several other obstacles make intervention with troubled youths a challenge.

Specifically, the high school seeks to work with older students who are closer to graduating or leaving the school to establish a more permanent living situation and means of providing for themselves, Miller said.

Mary Ellen Poole, a housing planner for the city, spoke about the need for housing assistance and the city’s Tenant Based Rental Assistance plan, which will use rental subsidies as vouchers for families who demonstrate the potential for self-sufficiency in two years.

“(Homelessness is) a poverty thing, it’s a childhood thing, it’s an education thing,” she said. “It impacts every part of community life in Evanston.”

The committee also spent time discussing the progress of Cradle to Career, a long-term education initiative that is putting down roots in Evanston and its public school districts. Officials have received 47 applications so far for the position of executive director, who will lead the initiative.

The committee also provided updates on various initiatives it has focused on in the past, including increased transportation access for students through more accessible bike and bus routes.

Moving forward, the committee hopes to find more data on the issue of homelessness, enhance communication between different members and bring pertinent officials and organizations together to talk about solving issues with Evanston’s community and its schools.

The next meeting of the committee will take place Feb. 18 at ETHS.