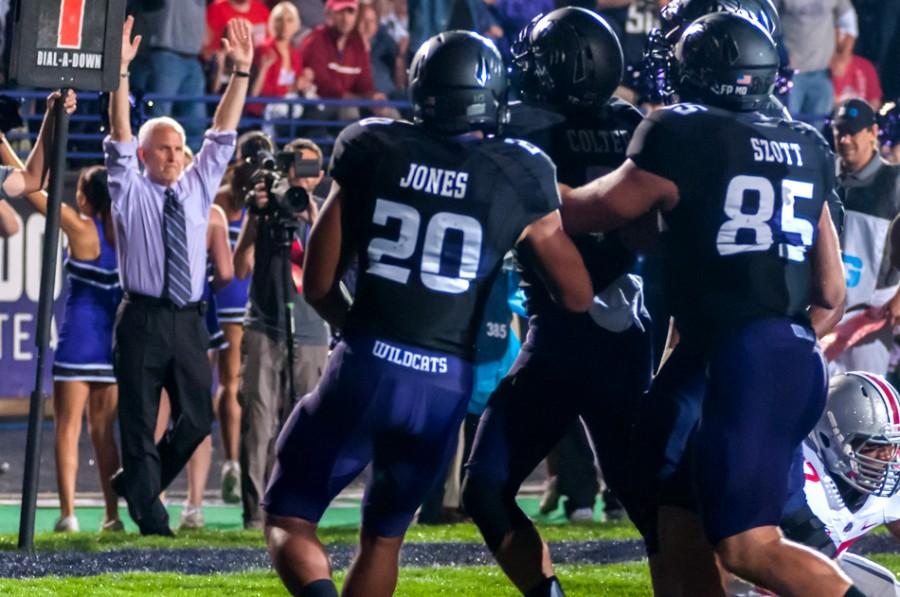 Almost nothing can prevent University President Morton Schapiro from assuming his customary position on the Ryan Field sideline during Northwestern home games. But when this year’s bout with Wisconsin fell on Yom Kippur, Schapiro missed a game in Evanston for the first time during his tenure.

On Monday, Schapiro talked football with The Daily, sharing his thoughts on the The Wildcats’ (3-3, 2-1 Big Ten) season so far, his favorite NU player and his Koufax-like decision.

The Daily: I want to hear about your thoughts, as a fan first and foremost, on how the season’s going.

Morton Schapiro: I saw (NU coach Pat Fitzgerald) after the Northern (Illinois) game, and he said “We have a really good team. This season’s going to be a really good one.” And I was like, “Oh.” (smiles) I was encouraged by that, and boy was he right. He really was. The third game we saw a little hope there. Well, even in the first two games there were some good things that happened. But I don’t think anybody expected us to go into Happy Valley and make it a very unhappy valley and blow them out. And Wisconsin — that running back — they’re really a good team.

I was flying back on Saturday from Tokyo, but fortunately they had Wi-Fi on my flight, so I was able to follow the Minnesota game. Although we landed, and they made us shut it off. We had just scored, and then I had the phone shut off because we were landing, and I saw that they ran it back. And that was the end. By the time I got through customs the game was over.

Anyway, I’m looking forward to Nebraska. When you look at the last three games with them, they were spectacular games, and now it’s our turn.

The Daily: Do you have a favorite player on Northwestern, or are you not allowed to say?

Schapiro: I’m allowed to say. I have tenure, I can say.

Justin Jackson is extraordinary. It’s unbelievable that we’ve had the Big Ten Freshman of the Week three weeks in a row, with Anthony (Walker), Godwin (Igwebuike) and now with Justin. It’s hard not to be excited about those guys. Three freshman in a row, and this the Big Ten, with 14 teams. So it’s extraordinary.

But I think my favorite player is Kyle Prater. I just think to go from the success he had in high school to all the injuries and the tough time he had at (University of Southern California) and to come back and be a team leader. He just seems like a remarkable young man. I cheer for everybody, but the one I get most excited about is Kyle.

The Daily: I heard that the game on Yom Kippur (Oct. 4 against Wisconsin) was the first home game you’ve missed while you’ve been here.

The Daily: Was that a tough decision for you?

Schapiro: No, no. That never, ever entered my mind. I wouldn’t go on the second day of Rosh Hashanah, much less Yom Kippur. I’m in temple all day. There would never be that option.

Two times since I’ve been here they did move it. First time they moved it to 6:15 kickoff, so I missed the first quarter, but after synagogue and breaking the fast I went. And last time the kickoff was at 7:15, so I went right from synagogue to there. I understand the Michigan State game being the featured ABC game, but the other Big Ten game could’ve been us, but it wasn’t. I think if they knew when they scheduled it we were going to beat Penn State, we would’ve had a shot.

See our full coverage of the 2014 football season on our Gameday blog.