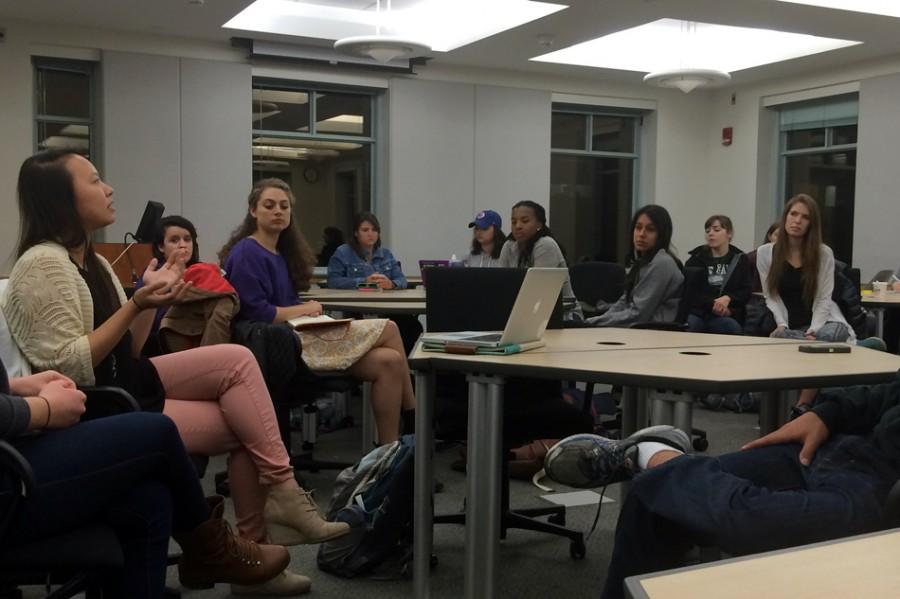 NCDC cites Bienen’s two visits to campus in the same week as an example of the over-programming that pervades campus. As a result, NCDC’s campus outreach committee has dedicated itself to increasing collaboration and communication between student groups to improve overall campus programming.

NCDC hosted representatives from more than 25 student groups Thursday in Annenberg Hall to brainstorm solutions for the over-programming problem. Students discussed a range of issues from flyering to the importance of defining groups’ responsibilities when they are co-sponsoring an event.

“I think it’s always good to get a room full of people that are interested in accomplishing the same thing,” the Weinberg junior said. “The key now is just to follow up in a productive way.”

Sherman added he wants to connect student leaders from groups with similar missions on a regular basis.

Associated Student Government President Julia Watson and executive vice president Erik Zorn were among the students at the event. Watson and Zorn said they agreed with the overall message of the event and explained the different ways ASG is working to promote more collaboration between student groups, one way being the Wild Ideas Fund, a new program that provides funding to individual and student group projects.

“From the get-go, making sure if there are possibilities for collaboration before we get started planning those events, we already know potential people to reach out to see if we can,” Zorn told The Daily. “Instead of doing two very small programs that have divided attendance, you have this one really awesome program where you get so many awesome people and that happens by creating more spaces for conversation.”

Towards the end of the event, two students from pvmnt presented their website, which aims to provide a centralized location for student advertising instead of paper flyering. Developed by NU students, the website allows users to click on flyers for more information and connect with a event’s Facebook page. The team is also working on developing a mobile application.

Weinberg sophomore Naveen Reddy attended the event on behalf of the South Asian Student Alliance. Reddy said SASA has faced issues of over-programming and the event gave him ideas and contacts for collaboration.

“I decided to come because I think over-programming is a very big issue, it’s an issue that we are facing as an organization,” he said. “I think one big thing that can help that is collaboration and that’s why I came here to meet people and to hear ideas about collaboration and to see how we can facilitate that more.”