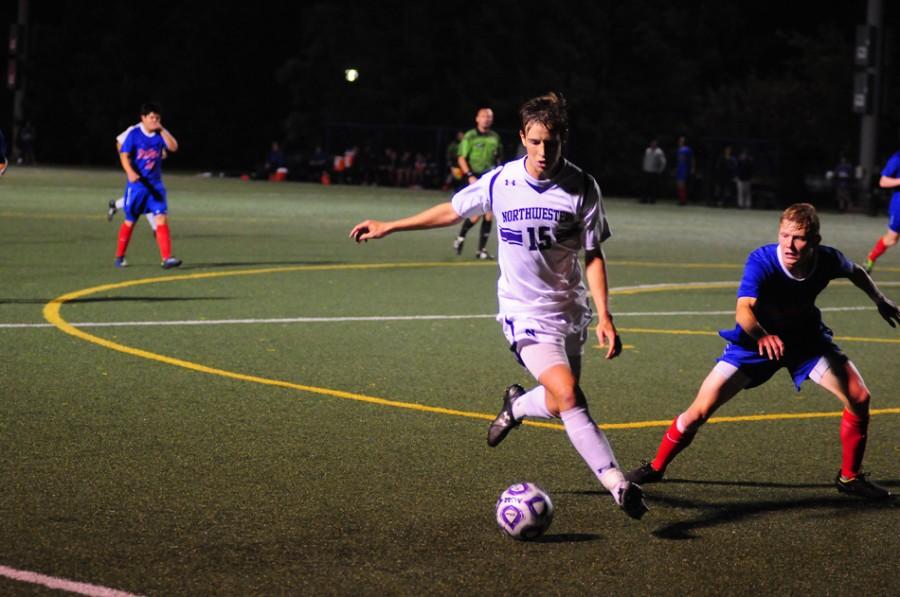 Junior midfielder Cole Missimo was named Big Ten Offensive Player of the Week this week for his performance against Maryland. Missimo scored the game-winning goal in overtime to top the Terrapins.

“You have a big, emotional game, now you have to go on the road and play a difficult opponent,” coach Tim Lenahan said.  “That’s why we’re trying to keep practice sharp and focused.”

The Wildcats are coming off of their first overtime and conference win of the season after a thrilling 3-2 match against last year’s national runner-up Maryland. NU is undefeated in its last five matches and will look to continue its momentum against NIU before tough games away against reigning national champions Notre Dame and Big Ten opponents Rutgers and Michigan State.

NIU returns to their home field in DeKalb, Illinois for the first time in nearly three weeks. With Wednesday’s match, NU starts off a run of five matches in a row on the road, but senior defender Nikko Boxall said he is not worried.

“We just take it one game at a time really,” the New Zealand native said. “We just approach every game in the same way and prepare the best we can.”

Junior midfielder Cole Missimo was honored as the Big Ten offensive player of the week after his match-winning performance against Maryland on Sunday. Besides scoring the golden goal in overtime to give the Cats the sudden-death victory, Missimo set up NU’s other two goals. The Dallas native has really come into his own after only scoring one goal in his first two seasons at NU.

“He’s playing like a man,” Lenahan said of Missimo. “He’s always been talented, there’s never been a question of his talent, but you have to mature and understand that people are counting on you and be comfortable with that responsibility. We’ve seen a lot of progress and hopefully that progress continues.”

Missimo combined with junior forward Joey Calistri for the overtime goal. The two players hold the joint top-scorer spot for NU this season. The two have scored 8 out of the Cats’ 12 goals this season.

“(Missimo’s) confidence is back where it should be,” Boxall said about his teammate. “He’s playing strong, which is good because we’ve been struggling to find some offense lately.”

NIU’s home form has been mixed, with the team playing three matches, winning, losing and drawing one match each. Most recently, the Huskies played a scoreless draw against another in-state rival, Loyola University Chicago, on Saturday night. Previously, they lost against Southern Methodist University and drew against Milwaukee. The Huskies are looking for their first win since Sept. 12 against the University of Illinois at Chicago.

NIU’s biggest offensive weapon is senior forward Isaac Kannah, who has scored three goals on the season. Kannah, who was born in Liberia, notched goals against Cal Poly, University of Wisconsin-Green Bay and University of Wisconsin-Milwaukee. In addition to these goals, he has picked up two assists. The Cats will look to prevent the 6-foot forward from doing any damage against the NU goal.

The last time the two teams met was last season in a matchup in Evanston, which the home team won by a score of 1-0. The lone goal came from then-fifth-year player defender Chris Ritter, who now plays for the Chicago Fire in Major League Soccer.